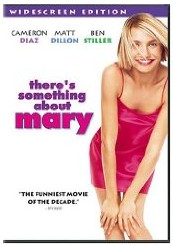 As a follow up to Domain Name Wire’s earlier stories, both Jim Carrey and Cameron Diaz have won their respective domain names through arbitration proceedings.

Actor and comedian Jim Carrey filed his case in April with World Intellectual Property Organization to get the domain name JimCarrey.com. According to Compete.com, JimCarrey.com gets a few hundred unique visitors per month.

Actress Cameron Diaz filed a case with National Arbitration Forum in April to get CameronDiaz.com.

Carrey and Diaz join several other celebrities to pick up their domain names through arbitration lately. Jay Leno has filed to get several domain names (some of which were handed over already), Alien Star Sigourney Weaver won SigourneyWeaver.com, and the owner of ElizabethTaylor.com gave Elizabeth Taylor the domain name after she filed a complaint.

Elizabeth Taylor Wants Her Name Back