This tool helped me find errors that could prevent domain sales.

A few weeks ago, DNAcademy launched a free service to check how your domains are priced across sales venues. It’s designed to help you find missed selling opportunities, pricing discrepancies, and domains listed on platforms without your permission.

The tool is nifty, but checking domains one-by-one can be laborious. I tweeted that I’d pay to be able to check domains in bulk. Now you can do just that.

DNAcademy founder Michael Cyger initially ran 100 of my domains through the system as a test. In that initial batch, I discovered that three of the domains didn’t resolve to a sales lander due to DNS configuration errors. I also discovered some domains listed on Sedo without my permission and others with major pricing discrepancies between platforms.

After the test, DNAcademy formalized its bulk passive sales checker as a service. It’s ten cents per domain with a 30% discount for DNAcademy members. I ordered the service to scan 1,461 additional domain names in my portfolio.

DNAcademy delivered the results via a Google sheet within about a day (it can take up to three business days). For each domain, I can see:

In this example, the landing page and Dan.com price has been flagged because it’s substantially less than the list price on Afternic.

It also identified 38 domain names that weren’t listed on Afternic that should have been. It was helpful to see the prices I listed these domains for elsewhere when I added them to Afternic. Additionally, there were a handful of domains that someone else listed on Sedo with buy now prices.

DNAcademy’s bulk passive sales checker is a good way to audit your portfolio. It helped me find and resolve missed sales opportunities due to 404s, fix some pricing errors, and find domains that needed to be added to Afternic.

I plan to re-audit the domains with the bulk checker in about a year, perhaps as part of my end-of-year portfolio review.

Domain investor marketplace will charge monthly fee instead of commissions. 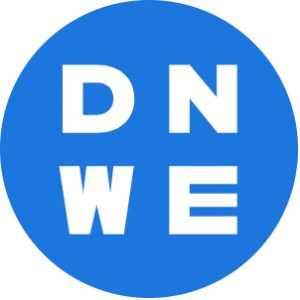 The platform is scrapping commissions in favor of a subscription model. Users will pay a $14.99 per month (or $149 per year) fee to use the system, with early bird pricing of $9.99 per month (or $99 per year). The new model will begin on January 10.

Sellers will no longer pay a 12% commissions on sales. Buyers will pay DAN.com’s 5% escrow and transaction fee when they buy domains.

DNWE is also introducing a non-curated section that will allow users to list domains for sale without passing DNWE’s litmus test for quality/price.

Josh Reason, who launched the platform last year, told Domain Name Wire that the platform did $60,000 in volume with 61 domains last month. (One of those was an expensive three-character domain, so the typical transaction price is lower.)

Running the math, that would generate a net $4,200 to the platform during the month. I expect the platform will initially generate less on a monthly recurring revenue basis.

Still, the new model will allow the platform to generate stable revenue without worrying about people trying to cut DNWE out of the process to save on commissions.

It’s a somewhat unique model for sales platforms. Efty was the first sales platform I’m aware of that offered its service on a subscription model rather than commission.

“By offering a zero commission solution, we expect DNWE to see an increase in high-end inventory as a result of the huge savings on commission fees,” Reason said. “With our qualified pool of buyers and seamless buying experience through our partnership with DAN.com, I believe there is no better place to sell your domains.” 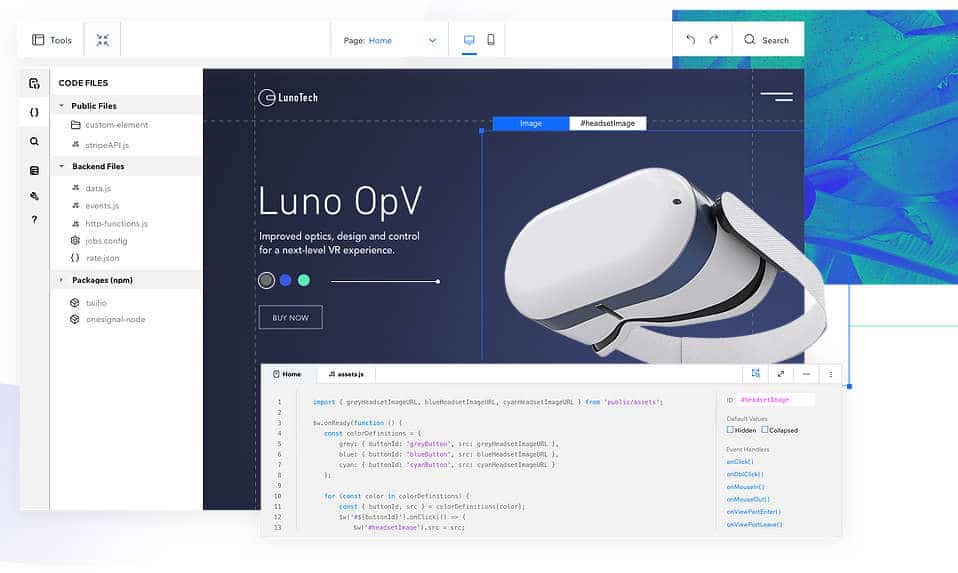 Wix has changed the name of its web development platform from the Covid-sounding Corvid to Velo.

Each time I got an email this year from Wix (NASDAQ: WIX) about its Corvid web development system, I thought the company is providing an update about Covid-19.

I’m not the only person. Wix has finally decided to change the name of Corvid.

The new brand is Velo. Google ‘Velo’ and you’ll find that Velo is the brand name of a line of nicotine pouches and lozenges. But if you aren’t into sucking on nicotine, Velo is a much cleaner brand than Corvid.

Wix is the latest in a long line of companies that picked decent brand names only to have them take on a second meaning (or, in this case, to be easily confused with something bad). Remember that mobile payments service called ISIS?

Wix published a video making light of the situation:

Kassey Lee explains how he uses LinkedIn to contact decision markers in China. It’s relevant for connecting with people around the world.

I joined LinkedIn in 2016 upon recommendation by long-time domain investor Howard Fellman. In these four years, I have made over 30,000 connections including 8,000 CEOs. A large number of them are from China. I use LinkedIn almost every day to write about domains and exchange ideas. It is truly a global network.

LinkedIn has a significant presence in China. It entered the Middle Kingdom in 2014 and currently has 50 million Chinese users according to Baidu. As far as I know, LinkedIn is the only foreign social network allowed in China. It provides an easy way for westerners to contact corporate executives in China.

To be able to contact any LinkedIn user in China, you need to have a large network. In 2017, I wrote an article on LinkedIn detailing how I acquired 3,000 CEO connections. Unfortunately, it is written in Chinese but you can still read it with the help of Google Translate. Here is the link to the article. If you don’t have time to build up your network, you can sign up as a paid member, which allows you to message anyone on LinkedIn regardless of whether they are on your network or not.

Finding a company is straightforward. As an example, let’s use the Chinese company “Singlera” which I came across recently during my end user research. Use the search box prominently displayed across the top of every LinkedIn page and enter “singlera”.

LinkedIn shows a number of listings, including the CEO, COO, and CTO of Singlera. There is also a link to the company’s LinkedIn page from which you can find even more executives of the company.

If you are not a paid member, be aware that you may be stopped if you do too many searches at one time. To get around it, I often use Google search by entering “linkedin singlera ceo” or something similar.

LinkedIn provides a function which is very handy: connection request. I use this function to send a message to an executive I want to contact. To use this function, make sure you are viewing the profile page of the executive (otherwise no message box will appear later). First, click the Connect button on the page.

Be sure to click “Add a note”, then you’ll see the following dialog box. 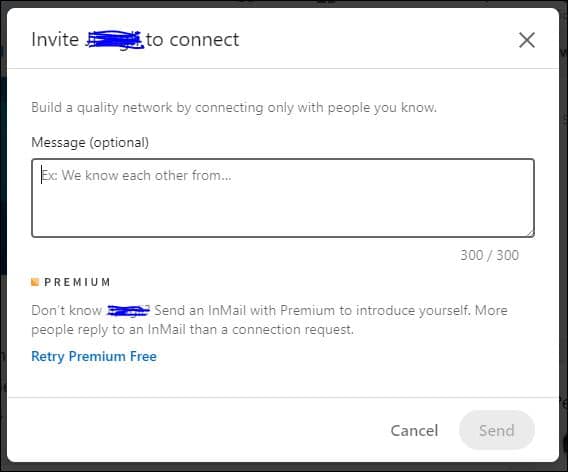 Enter a message, up to 300 characters. I try to be very short and get straight to the point.

What about the language issue? No problem. You can use Google Translate or another translation tool. I know an investor in China who wants to expand his network beyond China. He joined LinkedIn early this year and has been very active even though he does not know much English. He just uses a translation tool when writing messages on LinkedIn.

Final word: use the connection request sensibly and write a message which truly has value to the recipient.

These sites will tell you possible Chinese meanings for your acronym domains.

I shared with you a couple of months ago how to use tools to find Chinese meanings of acronym domains. Many of these Chinese phrases can then be used as brands.

Unfortunately, the site at JSCXC .com appears to be no longer active. Fortunately, I have found two alternative sites that serve the same purpose.

The first one is BLXQX.com. Its design is very similar to JSCXC .com so you can use it in the same way.

By the way, what is the meaning of BLXQX? I had no idea, so I asked BLXQX.com and it gave one answer only: 八零小俏媳 (Ba Ling Xiao Qiao Xi) which probably means “80 young charming daughter-in-laws”. The website developer should have included its real meaning.

Leave all settings at their defaults. Similarly, ignore the Chinese placeholder in the search box. Just enter an acronym and click the综合查 (comprehensive check) button. Searching for “LTE” gives the same number of results as BLXQX.com.

For the rest of the discussion, please read the original article “Use these two tools to find Chinese meanings of acronym domains” and learn how to use Yabla to translate Chinese phrases found in the search results.