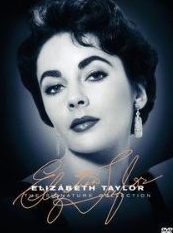 Actress Elizabeth Taylor wants the domain name ElizabethTaylor.com and she (or her company) has filed a domain dispute with National Arbitration Forum to get the domain name.

But this isn’t the first time Taylor has tried to get the domain. In June of 2005 she filed for arbitration to get the domain name and lost. Part of the respondent’s defense was that the name Elizabeth Taylor is common. The panel actually decided Taylor didn’t have trademark rights to “Elizabeth Taylor”. But then in October 2005 she filed a claim again. The domain owner decided to hand over the domain name according to the panel’s decision.

But that’s where things get weird. DomainTools’ last archived whois record for the domain in 2005 was December 30, and it still shows the respondent still owned the domain. There are no archived records in 2006, then in 2007 the domain’s ownership changed to:

So either the domain didn’t get transferred to Taylor as it was supposed to, or Taylor got the domain and let it expire.

In 2008 the whois record changed to eNom’s privacy protection until the latest challenge was filed. The current owner is listed as StandardBearerEnterprisesLimited.

The domain name has been parked on various domain parking services over the years, and the existing page clearly shows ads related to the actress and her products. While she’s at it, she should take a look at LizTaylor.com.

John Berryhill gets another RDNH win