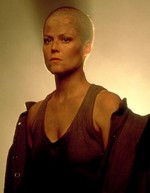 Actress Sigourney Weaver has been awarded the domain name SigourneyWeaver.com by an arbitration panel at National Arbitration Forum. She filed the claim last month.

Weaver, a popular actress, has starred in many movies including the Alien franchise.