Free system generates an SSL on your domain name and forwards it to popular domain sales services.

If someone wants to buy your .app domain name they won’t be able to use Whois to contact you. Google Registry does not show .app domain owner information in Whois.

That means you have to park the domain name so people can fill out a contact form to inquire about buying the domain. That’s not easy, either; the domain name you have must have an SSL certificate installed in order to forward to another page.

The system is very basic but does just what you need it to. When you submit a domain and point your nameservers to it, it gets a free LetsEncyrpt SSL certificate for your domain. You can then choose to forward the domain to landing pages for many different services: Afternic, Epik, Efty, Sedo, Undeveloped, and Uniregistry as of today.

To see it in action, visit Voicemail.app.

.App helped, but making a big deal out of a throwaway line in Google’s marketing doesn’t.

When ICANN revealed the list of applications for new top level domain names in 2012, it seemed that Google and Amazon would help drive the market for new domain names.

Google applied for over 100 domain names and Amazon applied for 76. Even though Amazon originally didn’t plan to open any of them up to the public, having two of the FANG companies make such as large investment was a good sign. These two companies have the power to change how the web is used.

Then it came time for the auctions, and these two companies lost a lot of the domains they applied for. Their interest seemed to fizzle.

They were slow to roll out the domains they did end up winning. (Google’s .Soy launch wasn’t exactly highly anticipated, after all.) Amazon took a curious approach to distributing its domains that made it difficult to register them.

Last week’s rollout of .App was a sign of “what could have been.” Google can make buzz and that’s exactly what it did.

This will bring much-needed attention to new TLDs, but let’s not take it too far. For example, let’s not misconstrue a basic marketing statement from Google to bring up the whole search engine debate again.

Google must feel like a politician with its choice of words carefully examined…and subsequently taken out of context.

If any other registry put out a throwaway marketing line like “Now, with a unique domain, it’ll be easier for people to find your app,” we’d all shrug. It’s a common refrain for new TLDs.

Suggesting that this might be Google’s way of admitting that top level domains impact search rankings is grasping at straws. On the contrary, Google has repeatedly said that your choice of TLD doesn’t impact your rankings.

It’s possible that a good new TLD will impact rankings. I believe that good search terms that span the dot can get a bit of a lift based on the anchor text people use to link to them, or a bit of exact match benefit.

But let’s not misconstrue a basic marketing message and make it something bigger than it really is. Let’s not think that Google is dropping a hint that flies in the face of all of its public statements. It just doesn’t make sense.

With two decades of experience in the domain business, Jen Sale shares her perspective on the current market.

This week on the DNW podcast we talk with Jen Sale, a long-time fixture in the domain name industry who now runs the domain name brokerage Evergreen. We talk about how the domain industry has evolved over the past two decades and what Jen is seeing in the domain market in 2018. Also, in a busy news week, we review the Google .App launch, Whois records, earnings at GoDaddy, Tucows and Wix, and why you need to transfer your domain names this week.

Over 100,000 .app domain names have been registered after less than a day in general availability.

Google Tech Lead Ben McIlwain disclosed the number during a talk at Google I/O this afternoon.

17,000 domain names were registered during the early access period over the past week.

Domain is headed for biggest new TLD launch yet. 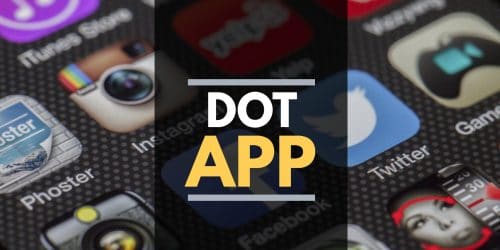 I might sound like a broken record here, but .app continues to outperform essentially all new top level domain name launches to date.

Although it’s not reflected in the zone file, Google’s Ben McIlwain reports that over 7,500 domain names were registered during day five of the early access phase.

That puts all other new TLDs to shame.

I continue to get cancellation notices on pre-orders I placed since the domains are no longer available.

This morning, GoDaddy VP Paul Nicks confirmed to DNW that .App is its biggest new top level domain launch to date in terms of pre-orders at the registrar. Every day of early access has beaten the same day of other new TLD early access periods, and it has more pre-orders than any other domain.

Prior to .App, .Guru was the largest (it was first) and .VIP was second in terms of volume at GoDAddy.

Given these results, you might want to adjust your strategy if you have a pre-order domain. Remember, if more than one person has pre-ordered a domain at GoDaddy then you’ll wind up in an auction. It might be worth paying the day 7 EAP price today rather than risk an auction.