No one played dirty, but the expiration process can appear that way. 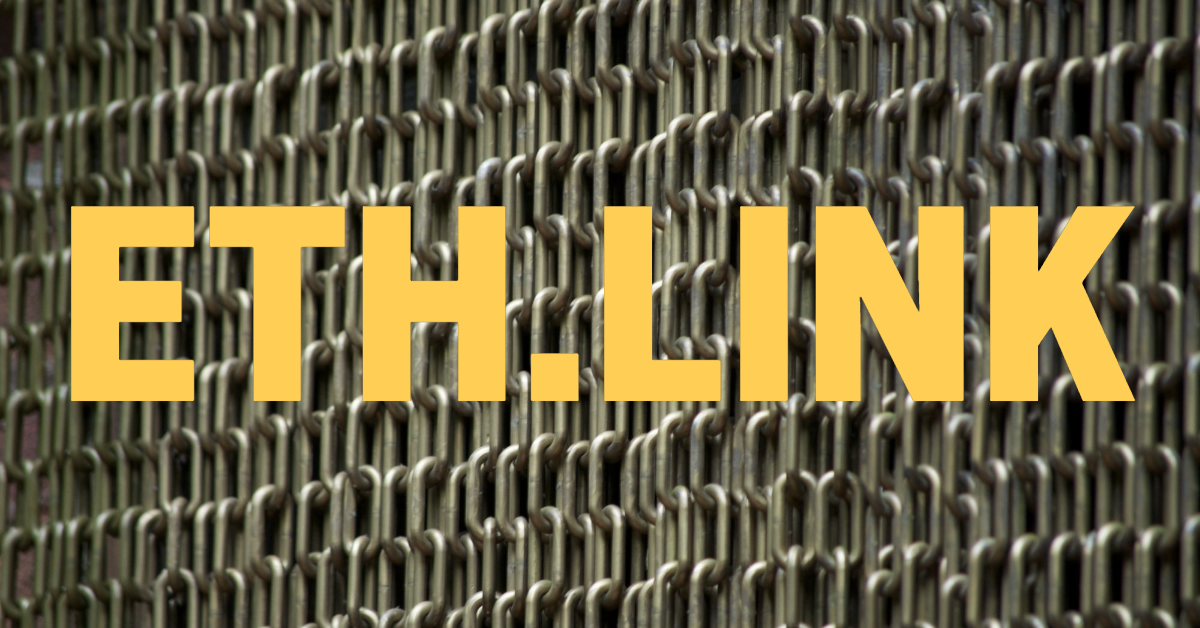 Ethereum Name Service and Virgil Griffith, the registrant of eth.link, recently filed a lawsuit against GoDaddy, Dynadot, and a company that “bought” eth.link in a domain auction at Dynadot. A judge issued a temporary restraining order that handed the domain back to Griffith for now.

It’s a blustery lawsuit, making it out as if the defendants took advantage of the situation to turn a profit.

To hear the plaintiff’s story:

1. GoDaddy failed to renew the domain even though it should have been on auto renew

2. The domain was renewed anyway, but then GoDaddy decided to let it expire after it was renewed. GoDaddy said it would expire on September 5.

3. GoDaddy then “conducted a sale of the eth.link domain name” to Dynadot, and Dynadot auctioned the domain name two days before it went to full expiration.

It would indeed look bad if this was the course of events and someone didn’t understand how the domain drop cycle works. I don’t have any inside knowledge of what happened at GoDaddy. Still, based on my two decades of observing domain names, GoDaddy, and the expiration cycle, I’d be willing to bet money that what happened was more like this:

1. The domain didn’t auto-renew for one of two reasons: auto renew wasn’t on, or the payment method on file failed. The latter makes a lot of sense. I suspect your credit cards stop working when you’re in prison for helping North Korea try to evade sanctions.

3. Facing questions about the domain name, GoDaddy informed the public that the domain was not renewed and would fully expire on September 5 (after the grace and delete period) if the current registrant didn’t renew it. GoDaddy does not allow people other than the registrant to renew a domain.

Typically, when a domain registered at GoDaddy expires, it goes to GoDaddy auctions before fully deleting. But this was an edge case because GoDaddy doesn’t currently support new registrations of .link domains. So the company has a deal with Dynadot in which expired .link domains are sold through Dynadot auctions. The process of domains going to auctions at GoDaddy or Dynadot is automated, and it requires manual intervention to stop this process.

There was probably a bit of confusion at GoDaddy about this, or at least an oversight. GoDaddy can decide not to pull a controversial name from the auction system if it wants. But since this was an edge case, perhaps they overlooked that the domain would automatically go to a Dynadot auction.

Regardless, the domain wasn’t treated differently than other .link domains. It went to a Dyandot auction. Had no one bid on the domain, it would have been fully deleted on September 5.

The situation isn’t great, but it’s nowhere near as bad as the plaintiffs are trying to paint it.

It depends on how much GoDaddy and Dyandot want to fight. The lost auction money is more meaningful to Dynadot than GoDaddy, but GoDaddy also might want to defend its practices. I could see a settlement between the parties where the plaintiffs drop their claims now that they have the domain, and GoDaddy and Dynadot agree to unwind the auction. But I could also see one or both of the companies deciding to challenge it, especially if the plaintiffs push for some sort of damages.

Blockchain domains and the big challenges they face