It will take a lot to overcome the challenges of previous alt-root naming attempts.

The other key selling point is that these domains can’t be censored because they are decentralized.

I’m less sold on this pitch for a couple of reasons. First, how many people out there are having their domain names or websites censored? Not that many.

I think we’d see a lot more of these sites on the dark web where they can’t be censored.

Oh, but it’s hard to find sites on the dark web? Well, that’s the main drawback to blockchain-based domains for websites. People have to use special plugins or niche browsers to access them. We’ve seen plenty of alt-root domains come and go, and they’ve all failed not because people don’t like the extensions but because creating a site on a domain few people can access is futile.

There’s a reason things are somewhat centralized. You might not like this, but going the extreme opposite of decentralized has its drawbacks.

Handshake is an interesting play. It’s decentralized at the top level, so some companies and people have created top level domains in Handshake that they offer as second level domains to other people. Which…kind of defeats the point because it’s not decentralized at the second level. Namecheap is selling Handshake domains like .creator, .oo, and .p. You’ll pay around $15-$35/year for these domains. So you are getting a blockchain-based domain that you’ll pay renewal fees on, and hardly anyone can access it. Another challenge is that with so many top level domains, none will gain general recognition and it will be harder for people to recognize them. This has been a problem with the new TLDs that came out nearly a decade ago.

Unstoppable Domains is a venture-backed company with an approach most like previous alt-root players. It has created extensions like .crypto, .wallet and .nft. The biggest issue with this model comes along when the next round of main-root top level domains is launched. You can bet that multiple companies will apply for these popular extensions, thereby creating name collisions. And while Unstoppable thinks it has an approach to win these “real” domains based on trademarks, history tells us this won’t be enough. So unless it comes up with the 9 figures that will probably be necessary to win these domains at ICANN, it’s going to have a bunch of upset customers down the line. (Someone typed in my domain name and went to another website!)

Ethereum Name Service (ENS) is the most interesting to me. The organization created .eth and stopped there. Rather than introducing new extensions, it decided to add functionality to work with existing main-root TLDs. So if I register example.com, I can use this as a wallet address and people can actually visit my website. Sort of the best of both worlds, despite a few technical hiccups. One hiccup is the gas fees required to claim a name or even change your nameserver. Imagine if your registrar charged you every time you switched nameservers! ENS is working on solutions, but it’s just one example of the challenges of operating a decentralized namespace.

One big thing ENS has going for it is name recognition. I’ve started seeing many people in the blockchain space change their Twitter names to example.eth. It’s kind of like the laser eyes of a year ago. It’s this sort of recognition that helped Bored Apes take off. So it’s a nice signal and creates buzz. That is, of course, not enough to ensure its long-term success. But I think, overall, ENS is the most pragmatic of the three options I’ve written about.

I’m sure many people will disagree with this analysis. I welcome your input, especially about how these new naming conventions can overcome their challenges.

Now your .com or .whatever address works with ENS.

Last week, Ethereum Name Service (ENS) expanded its capabilities to work with any second level domain. This means owners of .com, .net, .money, et al. domains can now use their domains as a wallet address in ENS.

ENS launched by selling .eth addresses. So, you could use a domain like mycoolname.eth as your wallet address. Now, rather than expand to other pseudo-TLDs in addition to .eth, ENS will instead support domains registered on the main DNS. ENS’ creators say this has been in the roadmap since 2017.

ENS already worked with select domains such as .XYZ. The new functionality means that any second level domain will work.

Importing a domain involves enabling DNSSEC, adding a TXT record, and registering the name on ENS. This last step requires paying the Ethereum network gas fee. Fees are currently rather high, and the fee might be about $300. ENS says it’s working to reduce this fee, and it’s also possible that gas fees will fall in the future.

There are some differences between using .eth names and standard second level domains for your wallet, including the security of the namespace.

ENS has offered people the opportunity to get .eth “domain names” that work for sending funds between wallets. These aren’t official domain names that you can type into a typical browser. (More about these names here.)

The partnership will allow people to get an ICANN-accredited domain name that works with ENS: something.luxe.

The biggest benefit I can see to owning a .luxe domain instead of .eth is the process of registering one. Ethereum Name Service has a needlessly complicated process for acquiring a .eth domain. It’s a multi-step type of auction.

Whether or not ENS ultimately proves successful is still up in the air. People have pumped about $30 million worth of ether into .eth domains, but there’s a catch: .eth domain buyers are allowed to trade in the domain and get their ether back after one year.

As for MMX deciding to use .luxe in this way, I say “why not?” .Luxe wasn’t going to be a home run domain being introduced in 2018. I give it points for creativity and innovation.

Domain names from the Ethereum Name System can now be sold on Sedo. 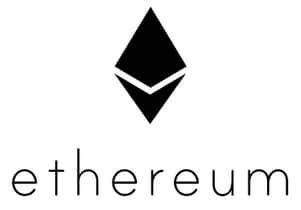 .ETH domain names are not part of the domain name system you use to send email and visit websites. It’s also not like the alt-root domain names that have popped up from time to time.

Yet they have a goal that’s similar to domain names — make addresses that would be long, incomprehensible strings easier to remember. For example, a user can use a .eth domain for a wallet address.

But .eth domain names are quite complicated. It’s a fairly new system that will change and evolve over time, so owners really need to know what they’re buying. For example, a dispute resolution process is likely to be introduced at some point.

And those high prices you’ve seen for .eth domain auctions, such as exchange.eth for $600,000? Here’s the thing; the buyer of that domain name can relinquish it after one year and get his money (ether) back.

There are a handful of .eth domains already listed on Sedo. Most of them are IDN domain names that mix scripts but look like names such as payments.eth and trading.eth. (This makes me think .eth domains will have their own version of phishing.)

.ETH domain names might be worth a look, but I’d advise anyone interested to spend quite a lot of time researching and understanding the space.