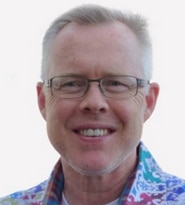 Most domain name registrars don’t like a hot potato, but Epik founder Rob Monster has decided to serve as the registrar for one–Gab.com.

If you aren’t familiar with the site, the “free speech” social network has been in the news because the Pittsburgh synagogue shooter ranted on the site.

The domain was at GoDaddy, which asked Gab.com founder Andrew Torba to move the domain elsewhere after the shooting. The domain moved to Uniregistry before finding a home at Epik.

I’m not surprised that Epik CEO Rob Monster accepted the domain transfer. Monster often uses terms like “digital sovereignty” and promotes decentralization. Epik has promoted itself as “The Swiss Bank of Domains”.

As the news broke, and as some elements in the mainstream media rendered their judgement, I embarked on my own search for truth. Along the way, I did have an opportunity to meet with the Founder of Gab, Andrew Torba, an entrepreneur who was willing to swim against the tide for what he believes is right, namely empowering netizens to discuss openly about matters of mutual interest with limited risk of censorship.

Although, I did not take the decision lightly to accept this domain registration, I look forward to partnering with a young, and once brash, CEO who is courageously doing something that looks useful. As I reflect on my own journey as a truth-seeking tech entrepreneur, I have no doubt that Andrew will continue to develop not only as tech entrepreneur but also as a responsible steward — one that can balance bravado with diplomacy and who tempers courage with humility.

I’m curious if other registrants of controversial sites will move to Epik as a result of this decision. Many of these sites cost more to be the registrar of than the $10 or so they pay each year. They come with headaches. But those are apparently headaches Monster is willing to handle in furtherance of his beliefs.