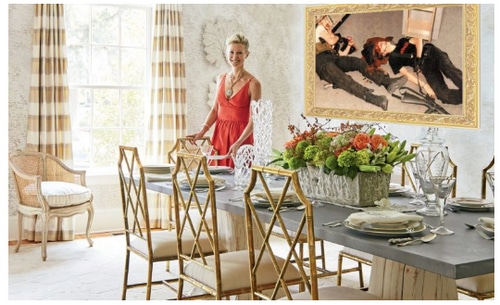 Above: A picture from Ivy-Lane-Living.com

Betsy Riot, a group that has railed against the National Rifle Association, has won a dispute brought by Courtney Cox, who is married to the NRA’s chief lobbyist and principal political strategist, Chris Cox.

Cox filed a cybersquatting complaint against the domain name, but Betsy Riot has prevailed in a decision handed down by World Intellectual Property Organization (WIPO).

In a nutshell, the WIPO panelist determined that this wasn’t a case of cybersquatting and qualifies as free speech and a criticism site.

The group behind the website also owns waynelapierre.com, which is the name of the National Rifle Association’s Executive Vice President.