Once a dot-com darling, the Ice.com domain name finds a new owner. 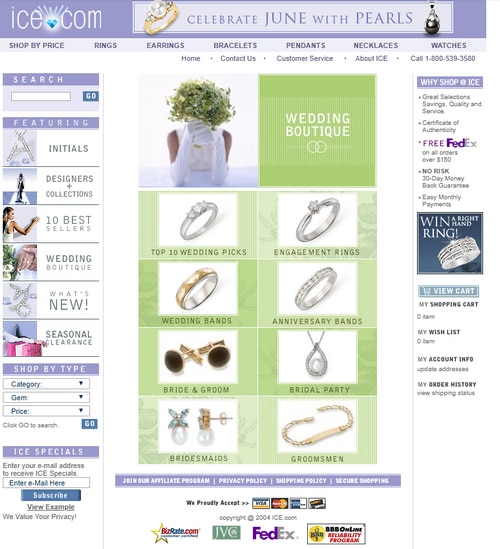 Ice.com circa 2004, from Archive.org Wayback Machine

Today’s announced sale of the Ice.com domain name for $3.5 million brings me back down memory lane.

I remember shopping on the site in the early 2000s.

That was in a much earlier incarnation of Ice.com. It was a dot-com darling founded in 1999 (launching in 2000 on Ice.com) that raised about $50 million in funding.

Back in 2006, Ice.com bought rival Odimo for $9.5 million. That included $2 million for inventory at $7.5 million for its domain name Diamond.com — making it one of the most expensive domain names ever sold.

But Ice.com ultimately didn’t make it.

An Austin-based company bought Ice.com for $3.0 million in 2014. They subsequently raised $2 million of investment.

That business didn’t work out, either, which leads us to today: an announcement that the domain sold for $3.5 million, making it the most expensive domain name sale of 2018 in what’s shaping up to be a very big week for domain name sales announcements.

Brian Harbin from GritBrokerage.com and David Clements from Brannans.com represented the seller and buyer respectively.