Google is making sweeping changes to its search rankings on mobile devices next week, but the search giant just introduced another pretty big change.

Starting yesterday, Google began replacing the URL in search results with the site’s name and breadcrumb. The site-name-instead-of-domain is rolling out in the U.S. only for now. Breadcrumbs are rolling out worldwide. 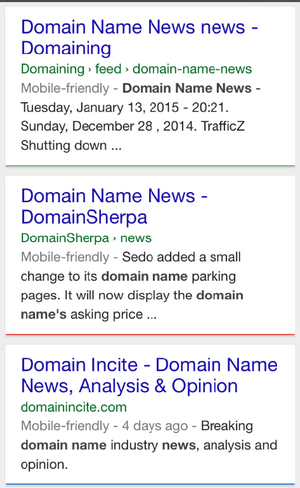 This move devalues domain names and puts more emphasis on whatever someone wants to call their site. I hope that Google has a good way to prevent people from spoofing names; I ultimately put a lot of trust in a search result based on the specific domain name it’s pointing to.

Google: Make your website mobile friendly by April 21…or suffer