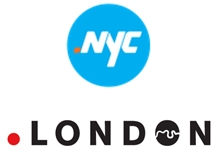 Two .city domain names are getting ready to enter their first phase of rollout: .London and .NYC.

This will be a big moment in the new top level domain name program. Many people, including myself, think .city domain names have the biggest chance for success. Despite being much smaller than London and New York City, .berlin has already captured close to 50,000 registrations (although many of those were given away for free).

Dot London enters its first phase on April 29 with Dot NYC following May 5. How the two will roll out and offer their domains differs greatly.

This is a huge difference. Domain registrants have easily gotten around nexus requirements in the past, but it is certainly a big encumbrance to the typical registrant who doesn’t actually have nexus. It also limits resale opportunities because a New York City resident can’t sell domains to someone outside the city.

.London has no nexus requirements, sharing a completely different philosophy:

London is a global city, welcoming residents and visitors from around the world. Its online counterpart, the Dot London domain, will equally be available around the globe. It is open to everybody who is interested in London either because they are based in London or because they have an affiliation to or an interest in the city.

London businesses and residents will get first dibs on domains during the initial phase, however. Anyone can apply for a domain during the “London Priority Period”, but domains will be allocated with four priorities:

After the priority period anyone can register domains on a first-come, first-served basis.

It will be interesting to see how the nexus requirements and different launch procedures affect registrations.