Another panelist finds that .pet and .pets are too similar to both be delegated as top level domain names 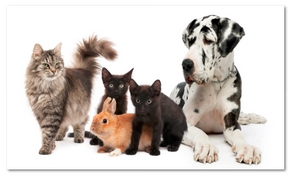 How many pets are there?
Apparently two panelists agree: .Pets and .Pet should be in a contention set because they’ll cause confusion amongst internet users.

Google argued that having both .pet and .pets as top level domain names would cause confusion and thus applications for the different domains should be placed in a contention set. Page agreed.

Google provided specific examples of how this would cause confusion, including when heard instead of written:

It is probable that internet users and consumers will be informed of an email address, such as adoption@dog.pet and adopt@dog.pets, and will confuse the two TLDs. It is also probable that Internet users and consumer will hear advertisements on radio, television and other media, such as “Buy toys for your pet at TOYS.PET,” and “Adopt toy-sized pets at TOYS.PETS,” only to confuse the two TLDs.

The decision was actually made on August 14, but for some reason was just posted online today. Afilias, another applicant for .pet, also won its objection against Donuts application.

Barring intervention by ICANN, this means that Google, Afilias, and Donuts will all have to duke it out to run their .pet or .pets domain.