Objection decision will be heard by new panel. 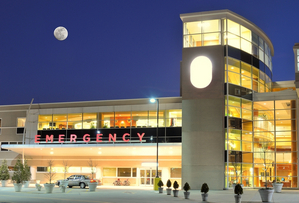 ICANN’s board has approved a resolution that breathes new life into Donuts’ application to run the .hospital top level domain name.

Back in 2013, an International Chamber of Commerce panel agreed with the Independent Objectors’ limited public interest objection to the .hospital top level domain name. It was a flawed decision that was inconsistent with similar objection decisions.

Two members of the panel came up with their own rules for determining whether the application should continue. One of the majority’s gripes was that Donuts planned to run the domain name for-profit (seriously). One panelist dissented, writing:

It is not the task of an expert panel to rewrite the application standards for gTLD strings and to supplement them with higher standards in the public interest. Rather, its task is limited to determining whether a specific applied-for string, taking into account its intended use as stated in the application is “contrary to generally accepted legal norms relating to morality and public order that are recognized under principles of international law.

The majority opinion was inconsistent with other healthcare-related strings, including several applied for by Donuts and objected to with almost identical limited public interest objections.

Donuts appealed to ICANN. At an ICANN Board Meeting on February 3, the board resolved to have the case reheard by a new three-person panel. It noted:

The .HOSPITAL Expert Determination is inconsistent with the results of the eight other health related LPI objections that resulted in expert determinations, all of which were filed by the IO. The materials submitted by the IO and the Applicant to the Expert Panels in each instance were very similar and, in some instances, nearly identical (i.e., .HOSPITAL, .MEDICAL, and .HEALTHCARE).

Donuts is the only applicant for the .hospital top level domain.