ICANN has become weaker over the past four years.

As he approaches four years as CEO of ICANN, what will Göran Marby’s legacy be?

Five years from now, when people question why domain names are so much more expensive than they used to be, they’ll point to the process he oversaw in 2019 and 2020.

He lifted price controls on .org. Then .org was bought out by a private equity company. He rolled over to Verisign, accepting $20 million to fill a budget hole and giving the company the right to raise prices.

He completely threw out the optics of caring about public comment periods, despite giving lip service to their importance.

I’ve heard him described as ineffectual. Pushover might be a better term.

I have no inside look at what’s happening behind the closed doors of ICANN. But one has to wonder if he’s just trying to figure out the path of least resistance. What can ICANN do not to get sued and appease all of the companies that fill the non-profit’s coffers?

Is the blame solely on Marby, or is it also on a spineless board that’s also trying to find the path of least resistance?

ICANN’s changed stance on price controls is a key example. Who within ICANN decided to make this change? Why did Marby go along with it? Does the board care, or does it just want to deflect any criticism?

Zak Muscovitch recently wrote a letter (pdf) to ICANN’s board asking about its decision on .com. He wrote something that echoes a question I’ve been asking:

Your letter and the “Decision Paper” assert that “ICANN is not a price regulator”. This statement, which has become a reflexive refrain from ICANN management, deserves considerable scrutiny. It has never been the subject of any multistakeholder policy development process and appears to be a self-serving means of ICANN avoiding taking responsibility for its actions. If by “price regulator” you mean that ICANN is not a “government agency”, then of course ICANN is not a price regulator per se. But you have not offered a definition, and that argument would be a red herring, because ICANN has been setting prices for contracted parties since its inception.

Let’s face it, ICANN’s decision to no longer have a role in controlling prices is:

a. A recent change. It considered it back in 2006 when it renewed some contracts, but decided against it after community feedback.

b. A decision made by the organization itself and not the community.

After controlling prices of legacy top level domains from its origin, it has suddenly washed its hands of the responsibility.

Why? Because it’s the path of least resistance.

By becoming a spineless organization, ICANN is on a path to be made irrelevant.

Here are my thoughts after processing ICANN’s pricing decision for the past two weeks.

It’s been two weeks since ICANN quietly announced that it was going forward with removing price caps on .org, .biz and .info domain names.

The comment period was a farce. ICANN–or a few people in ICANN–decided they wanted to get out of the price control business.

What’s interesting here is that it doesn’t seem that this change was brought on by the registries that stand to benefit. Maybe they asked, but I don’t think they made a big push for price cap removal. After all, they already had generous 10%-a-year increases in their contracts.

There’s no reason to spew hate on the registries at this time. This was all ICANN.

ICANN now has a goal of treating all registry operators the same, even though legacy TLDs were launched in an entirely different market. Even though current domain owners are “stuck” with the domains they have.

There is a very high switching cost to domain names. A company that has used a domain for decades could suddenly face a steep renewal fee. It then has three choices:

It’s the last option that ICANN says protects domain registrants. They can renew their domain now at today’s price, assuming they realize the fees are about to increase.

But that just kicks the can down the road for ten years. It’s typical bureaucrat thinking. It will be Göran Marby’s unfortunate legacy.

In the near term, I don’t expect the impacted registries to make significant price increases. In fact, I suspect .org registry Public Interest Group may increase prices less over the next few years than it would have had it had the old 10% price increase option because now it’s under the microscope.

The long term is a different story. It’s likely that first-year prices will remain low through promotions but renewal prices will increase. And if one of these registries decides to sell itself to a private equity group or another company? All bets are off. 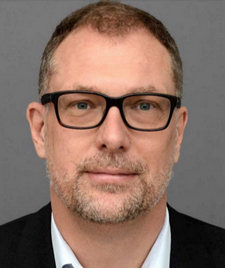