PIR’s take is simple but on point. 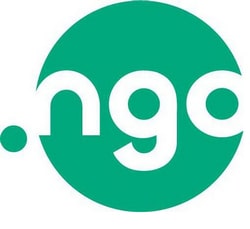 Like other new TLDs, .ngo domains aren’t exactly flying off the shelf.

What is the future of new top level domain names? Is there a tipping point when they go mainstream? Is it just a matter of time? Or, perhaps, they will continue to be sideline players in the domain name ecosystem.

.Ngo and .ong have just over 3,000 registrations each. Its internationalized domain names have even fewer.

PIR had big ambitions for new top level domains. And it’s current CEO was the founder of the biggest new TLD company, Donuts.

But like others, PIR has been disappointed with the adoption of new TLDs.

It’s with this background in mind that I found PIR’s take on new top level domains in its report interesting. After providing background on new TLDs and that they have been available for many years, the report states:

It must be noted, however, that relatively few of these new gTLDs have achieved significant market share.

Even amongst the relatively large new gTLDs, a number of these relied on free registrations to grow their base of domains under management (“DUM”). In many cases, as each registration anniversary passes a significant percentage of their base does not renew. Not only does this put pressure on the new registry operators, it also raises doubt about the long-term value of many new top-level domains–which in turn depresses registrations and renewals, further straining the viability of these extensions.

That’s a fair take from a company that bet on new top level domains.