Margins are up thanks to renegotiated contract with Afilias. 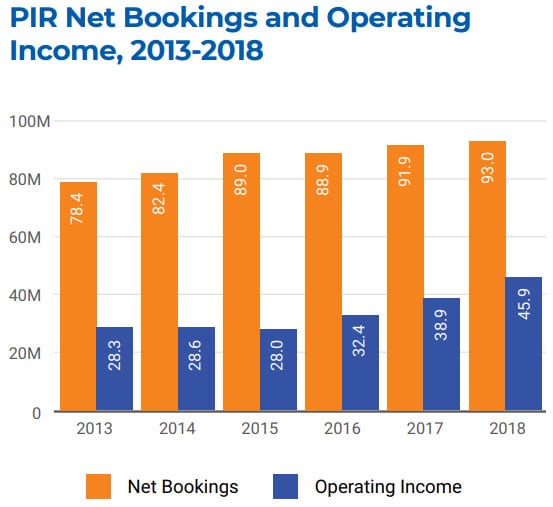 The report includes data for 2018 and gives the first indications into its new contract with Afilias to run the technical backed of the registry.

PIR put the technical contract out to bid in 2016. Twenty companies responded to the RFP but PIR decided to stick with Afilias.

The new contract started in 2018. In 2017 PIR paid Afilias $37.8 million, which is much higher than many registry operators would charge.

Afilias’ fees aren’t the only thing in these numbers. And, frankly, I expected to see a bigger change under the renegotiated contract. It’s possible that the new contract reduces prices over time to reduce the impact on Afilias.

The full annual report is here.