Like an angry bride that’s not getting what she wants, wedding flea market tries to hijack domain name. 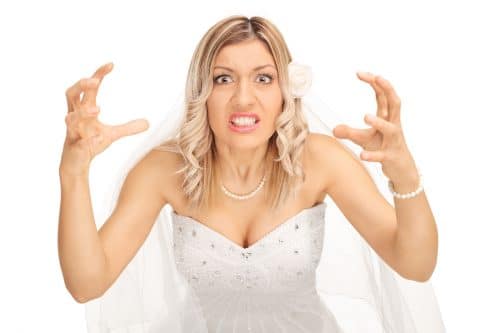 But Daddy! I want the singular version, not the plural!

The business organizes events in which people who have had a wedding sell their wedding stuff to people that are about to get married.

After getting a trademark for Wedding Flea Market, the company reached out to the domain owner again and threatened to enforce its new trademark if the domain owner didn’t sell. It followed this up with an email from its lawyer, Donald J. McKay.

The lawyer’s email demanded that the domain be transferred for $500 or face a UDRP.

The domain owner responded noting that this would constitute reverse domain name hijacking. He offered to sell it for $7,500.

Nevertheless, the complainant followed through with its threat and, indeed, tried to reverse domain name hijack the domain name.