Domain was registered a decade before the spa company started its business.

A spa franchising company has been found to have engaged in reverse domain name hijacking for the domain AccessSpa.com.

Philip Savino, who apparently has some connection to a spa franchiser called Access Spa, filed the dispute with World Intellectual Property Organization.

The owner of the domain name registered it in 2009. Access Spa was created last year, according to the dispute.

It’s impossible that the domain registrant could know that a company was going to use the brand starting ten years later. Therefore, the domain wasn’t registered in bad faith under the Uniform Domain Name Dispute Resolution Policy.

Cybersecurity company Siemplify, registered as Cyarx Technologies Ltd, has been found to have attempted reverse domain name hijacking for the domain Siemplify.com.

It appears that Siemplify filed the case after failing to acquire the domain for the price it wanted. The company, which has raised $58 million in funding, tried to negotiate a purchase before filing the UDRP. This is known as “Plan B” reverse domain name hijacking.

SIEM is a common term for Security Information and Event Management, and the domain owner says he registered it with this in mind. 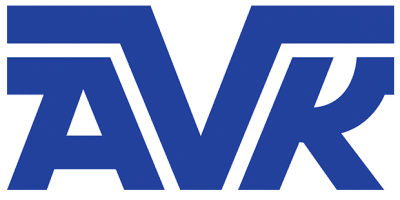 The valve company that uses AVKvalves.com filed a cybersquatting dispute in bad faith, a panel determined.

AVK Group first attempted to buy the domain name but was apparently unhappy with the asking price. It then filed the dispute.

It actually filed the dispute twice. The first time it neglected to select which jurisdiction it would submit to should the dispute head to court. While a panel did not consider the case, the Respondent did reply to it, so AVK Group was apparently aware of the arguments against its claims. Despite seeing these arguments, it went ahead and filed the dispute again.

The domain name owner is an investor with many short domain names. This is a defensible practice, and the panel believed that the investor did not register the domain to try to extract money from AVK Group.

The UDRP was intended to serve as an efficient means of redress against cybersquatters, not a cheap alternative to commercial negotiation with legitimate domain name holders. The Panel therefore finds and declare that the Complaint was brought in bad faith and constitutes an abuse of the administrative proceeding, and accordingly that the Complainant attempted Reverse Domain Name Hijacking within the meaning of the Policy.

University in Spain filed dispute after it inquired about buying the domain name.

Domain Capital has successfully defended its domain name UAX.com in a UDRP, and the Complainant was found guilty of reverse domain name hijacking.

Universidad Privada De Madrid, S.A., a University in Spain, filed the complaint after it first tried to buy the domain name. It wasn’t happy with the asking price, so it followed up with a cease & desist letter. Domain Capital’s attorneys responded to the letter explaining Domain Capital’s rights, but the university filed a cybersquatting complaint anyway.

The university failed to convince the panel that the three-letter domain was registered in bad faith. Instead, it appears that Domain Capital acquired the domain because of the value of short domain names.

When the Complainant’s failure to appreciate the weaknesses of its case, despite being placed on prior notice by the Respondent, is coupled to the fact that it only launched the Complaint after unsuccessfully attempting to acquire the disputed domain name at its own chosen price, the Panel accepts the Respondent’s submission that the Complaint was what is popularly known as a “Plan B case”, was brought in bad faith and constitutes an abuse of the administrative proceeding.

Media Bridge Inc., which does business as Media Bridge Advertising, has been found to have attempted reverse domain name hijacking to get the domain MediaBridge.com.

The company filed the complaint against Mediabridge Infosystems Inc., which registered the domain name in 1994. The UDRP decision states that the Complainant claims rights dating to 2010.

It’s quite apparent that the domain name owner has rights or legitimate interests in the domain name, and that it couldn’t have registered it in bad faith in 1994 to target an as-yet-non-existent advertising agency.

The Respondent didn’t specifically ask for a finding of reverse domain name hijacking, but panelist Dennis Foster said that “given the egregious nature of this filing,” it should be addressed.

In this case, the Panel believes that it should have been obvious to Complainant that the first (and dominant) term of Respondent’s corporate name, “Mediabridge Infosystems, Inc.,” mirrored the disputed domain name, mediabridege.com (sic), and that the name had been registered by Respondent some sixteen yeas before Complainant was even created. Ergo, Complainant could never have hoped to prevail with respect to the last two elements required under the Policy, because Respondent most likely would have been commonly known as the disputed domain name to a relevant public and there was absolutely no basis to claim that the name was registered in bad faith…

…As a result, the Panel finds that the Complainant in initiating this proceeding has attempted reverse domain name hijacking.