Company plans to use blockchain to disrupt the loyalty program business. 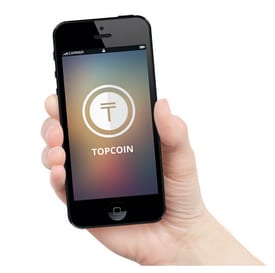 If you’ve registered domain names at Uniregistry over the past three years then you are familiar with Topcoin, a form of digital rewards that can be redeemed for discounts on purchases at Uniregistry. The utility of this rewards currency is about to get interesting.

Michael Blend launched TopCoin at the end of 2014 with the idea of it being a loyalty program for digital goods like domain names and hosting. Topcoin was built on blockchain, but keep in mind that this was well before the current cryptocurrency craze.

Now, in the midst of initial coin offerings (ICOs) and a run up in the value of cryptocurrencies, Topcoin is getting ready to go big.

The company, with .build founder George Minardos as CEO, is planning its ICO and will use much of the proceeds to build out Topcoin as an easy-to-use loyalty program for digital goods. It essentially lets companies create a loyalty program for free that’s based on blockchain. This was the original idea for Topcoin, but it makes a lot more sense to people now than it did back in 2014 and will finally have the infrastructure to push forward.

I recently spoke with Minardos about the company’s plans to understand how it will work and what it will mean for domain investors who own Topcoin.

Minardos stressed that Topcoin’s goal isn’t to become a speculative cryptocurrency. It also isn’t designed as a security.

“Based on our look at the markets and our interpretation of laws, we believe it’s a utility token because it’s a loyalty program,” Minardos said.

Minardos prefers to refer to the ICO as a “token generating event” in an effort to differentiate it from the madness currently going on with ICOs. Details about this will be posted on Topcoin.com soon.

Topcoin will sell 1 billion tokens up front. Another billion will be set aside for partners (e.g. registrars that offer Topcoin in return for purchases) and another billion for founders.

Existing Topcoin wallet holders (that’s the 14,000 people who have obtained Topcoin through Uniregistry) will have their current Topcoin converted into the new one at a rate of one-for-two (one existing for two new). These wallet holders will get to participate in a pre-sale of Topcoin.

That’s not the point, and Minardos says it’s difficult to predict how it will play out.

“Our focus is on use,” he said. “We’re not interested in a coin that blows up because it’s the next new thing.”

While Uniregistry customers are used to converting one Topcoin for a $1 discount on purchases (up to a certain limit per purchase), it’s up to each digital goods seller to decide how much they want to “pay” for Topcoin.

In practice, people should be able to sell Topcoin on exchanges, too. It might even be applicable to aftermarket domain transactions.

We’ll have to see what happens but one thing is for sure: Topcoin is about to get a lot more interesting.