Here’s what happened in the domain name business last month. 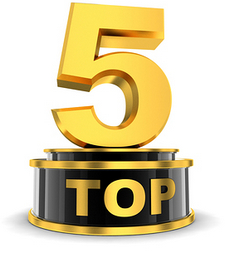 Labor Day, the unofficial end of summer, has passed.

I’m thrilled. Not only is summer at times unbearable in Austin, but people take a break from the web in the summer, too. The mobile web is changing this somewhat. But business tends to wane during the summer.

Now everyone is back in front of their computers and business (and clicks!) can resume.

Here’s a look back at the top stories on Domain Name Wire in August.

1. Ted Cruz asks DOJ to review .Com pricing – Ted Cruz asked how the DOJ would continue to be able to control .com pricing after the NTIA steps out of its internet governance role. The answer is reassuring for domain name investors.

2. A new Trademark King? Domainers need to watch out. This story gets zanier and zanier as time passes.

3. Donuts demands $22.5 million for .Web domain name – Donuts is continuing with its lawsuit against ICANN over .web, a top level domain that Verisign won for $135 million in an auction.

5. Do new TLDs suffer from an awareness problem or demand problem? – Perhaps both. This post stimulated a lot of conversation.

#99 – Ray King on marketing domain names
#98 – Jackson Elsegood on Escrow.com
#97 – Frank Schilling
#96 – The most successful new domain? with Ken Hansen
#95 – All about China with Raymond Li and Simon Cousins