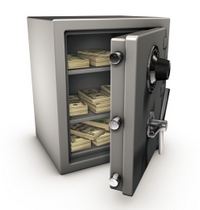 Demand Media realized $1.3 million in gains in the third quarter of this year due to the withdrawal of its interest in new top level domain name applications, according to the company’s latest 10-Q filing with the SEC.

In gained $1.2 million in the second quarter, and the total comes out to $2.6 million so far.

The gains are proceeds from settling contention sets via auction, as well as partial refunds on applications it withdrew.

Demand Media’s new TLD subsidiary, United TLD, lost an auction for the .fishing top level domain during the third quarter. Proceeds from that auction likely make up a big portion of the $1.3 million.

The company also shares in the upside of some of Donuts’ new top level domain name applications. Donuts lost auctions for .casa and .storage during Q3. .Casa appears to be one of the domains in which Demand Media can share rights with Donuts.

Is .xyz’s marketing wrong, smart or both?

.CEO marketing goes from silly to…