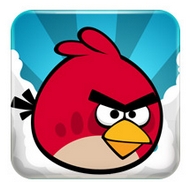 The company is targeting the owner of AngryBirdSite.com and AngryBirdsmart.com.

As of right now, AngryBirdSite.com resolves to a web site with an AngryBirdsMart logo that sells products emblazoned with Angry Birds designs. It sells shoes, iPhone cases, keychains, hats, alarm clocks, etc. AngryBirdsmart.com resolves to a page that says the domain has expired (even though it appears to have about a year left on its registration).

The whois records for both domains show a common owner in China.

You can bet that the goods are either unauthorized or the seller is unlicensed, hence the UDRP action. Although UDRP handles cybersquatting cases and not the sale of counterfeit goods, it’s a useful tool to take down such a site when the site uses the trademark in its domain.

McAfee wins a UDRP without even responding