Online pharmacy argues “Rugs” is merely a typo of “Drugs”. 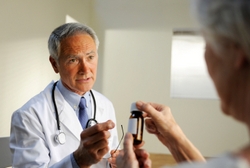 Take two of these and
fire your lawyer in the morning.

The company that runs CanadaDrugs.com, a popular online pharmacy, filed a complaint against the owner of CanadaRugs.com, which is a parked page featuring links for rugs.

CanadaDrugs.com tried to argue that the owner of CanadaRugs.com was typosquatting:

Hmm. Did it not occur to their lawyers that “Rugs” is a word?

The links on CanadaRugs.com are clearly unrelated to drugs, but the complainant argued that the parked page was a sign of bad faith intent to profit on the “typo”.

The panelist found that the two domain names were not confusingly similar for this reason. He then considered the last two elements of the UDRP “for completeness”, finding in the respondent’s favor. But for some reason he neglected to consider reverse domain name hijacking, even though the respondent asked for it.

The kicker? CanadaRugs.com is available for purchase on Sedo for only 500 EUR.

Guy files UDRP against his brother