Decision in domain dispute favorable to non-use of domains for bad faith argument. 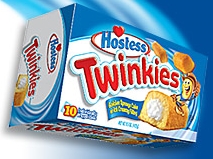 Hostess, the bakery that sells treats such as Twinkies and Ding Dongs, has lost a domain dispute over Hostess.com.

The domain name was purchased at the TRAFFIC auction in New York in 2007 for $44,000 and hasn’t been used since then. That proved to be a problem for Hostess, since the panel was not persuaded the domain was registered in bad faith given no evidence.

…Although the Domain Name is identical to Complainant’s well-known trademark, Respondent is correct when it emphasizes that “hostessâ€ is also a common word subject to substantial third-party use. Without any further evidence of specifically targeting Complainant and its trademarks, or use of the Domain Name in a manner that supports a finding of seeking to profit from Complainant’s mark, this Panel cannot, on the balance of the probabilities, adopt the inferences which Complainant urges.

In other words, had the domain name been parked with ads for food, Hostess probably would have won the dispute. A number of rogue panels have decided that non-use is a sign of bad faith, so it’s comforting to see this outcome.