A weekend of domain festivities in Washington D.C.

Domain Roundtable officially kicked off this evening in Washington, D.C. at the Grand Hyatt. But this weekend was filled with unofficial activities for a few of the early arrivers.

Saturday evening David and Michael Castello graciously treated a dozen early arrivals to dinner at Central Michel Richard. In attendance were a number of familiar domain industry faces such as Phil Corwin of Internet Commerce Association and Mike Mann, founder of BuyDomains.

On Sunday, Mann held a party at his Bethesda home for about 75 internet industry professionals. The crowd consisted of people attending Domain Roundtable as well as a number of local internet entrepreneurs. Some of those in attendance run companies partially funded by Mann, such as SEO.com.

Here’s a picture from the back of Mann’s house: 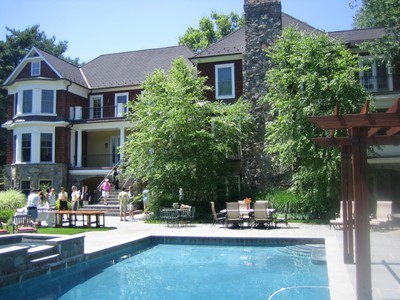 While roaming the inside of Mann’s house, I noticed a handful of his former license plates: 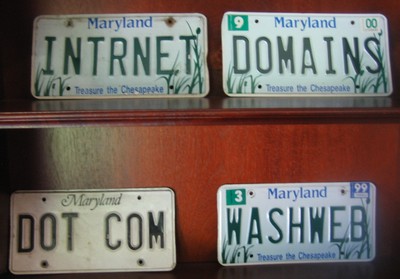 This evening Domain Roundtable kicked off with a welcome cocktail. It was scheduled to end at 9 pm, but at 9:30 the crowd showed no signs of abating.