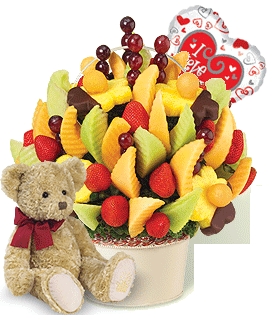 Poor Edible Arrangements. All it wanted to do was swipe the domain name EdibleBrands.com. But it didn’t count on the respondent calling John Berryhill to pick apart the case.

Now that food-instead-of-flowers company Edible Arrangements, LLC is getting big, it’s apparently creating a new brand or umbrella company called Edible Brands. It filed for a trademark for “Edible Brands” in January 2009 using a “first used in commerce” of the same date. There’s only one hurdle to its plans: it doesn’t own EdibleBrands.com.

The company decided to play its hand with domain arbitration. Most complainant lawyers would pass on this case, citing that the domain was registered four years before the trademark was even used. But the company got creative: Incredibly, it decided that it had rights to the term “Edible” as it refers to food products. (Seriously, read the decision).

Since “EdibleBrands.com” is nothing but Edible Brands’ supposed “edible” trademark, plus the word “brand” and “.com”, the company made the argument that it should get the domain.

If there’s one person you can’t get B.S. past, it’s John Berryhill. First, he took so-called Edible Brands through the wringer, arguing that Edible Brands is not a holding company for Edible Arrangements nor its trademarks. Oh, and the owner of EdibleBrands.com owns lots of similar ___Brands.com domains, showing that it didn’t register the domain with the non-existent trademark in mind.

Edible Brands made another big mistake, and it’s one I’m seeing more and more often. A company approaches someone about buying a domain. The domain owner responds with a price, and then the company cites that offer as proof the domain was registered only for resale. When it files for arbitration, it neglects to mention the offer was in response to the complainant’s inquiry. Imagine how the arbitration panel feels when it finds out it’s being duped by the complainant.

The panel decided that “Edible” wasn’t confusingly similar to “EdibleBrands.com”. Even though the panel was not required to, it also decided to find that the domain wasn’t registered in bad faith.