Owners of .tel domains will need to recreate their “sites” when new service is launched. 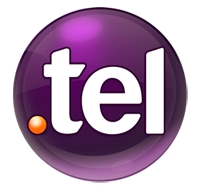 As I reported back in October, .Tel registry Telnic is removing restrictions on how the domains are used and hosted.

Currently, .Tel domain names must point to a “website” created on Telnic’s platform (it’s actually data in the DNS). This is going to change March 17, 2017, when .tel owners will be able to host their own sites with the hosting service of their choice.

Telnic will still let customers create contact pages using a free .tel platform instead of buying their own hosting, but the existing platform for doing this will be completely scrapped. This means the existing data on .tel domains will be wiped out. .Tel owners will have to export the data and recreate the .tel sites on the new platform.

This will be a pain for .tel fans. The news is worse for people that built directory sites on .tel domains using a subdomain structure. The new Telhosting platform will not support subdomains, so these customers will have to recreate their sites on a third-party hosting service.

The new Telhosting platform will go live on February 13, one month before the old one is retired. The Telhosting service will no longer be supported by registrars; Telnic will provide direct support itself.

Domain name registries can learn a lot from the story of Telnic, a $35 million investment gone awry.

Telnic’s .Tel domain name is, without a doubt, the most innovative top level domain name because of how it stores information in the DNS. But being innovative doesn’t mean it’s a great business model. The company is running low on cash.

Registrants of .tel domain names can use them to set up simple contact and directory websites. Registrars that offer the domain names have to integrate with a system to create .tel user accounts for each registrant. It’s a lot of work for registrars, and registrars also can’t sell lucrative hosting to go along with the domains.

This might be about to change. The proposed renewal of Telnic’s contract to run .tel will remove existing provisions for how .tel domains operate. Registrants will now be able to use .tel domain names just like other domain names and point them to the nameservers of their choice.

In a letter to ICANN’s board (pdf), Telnic CEO Khashayar Mahdavi notes that the DNS requirements resulted in top registrars refusing to carry .tel and that “through a relaxation in restrictions, we will be able grow and innovate at a much quicker rate.”

Frankly, I’m not sure why anyone would be interested in registering an unrestricted .tel. To look old-fashioned? Why not .rotaryphone?

This week ICANN’s Board of Directors agreed to amend its registry agreement with Telnic to allow for the numeric domain names.

Telnic requested the change through the Registry Service Evaluation Policy (RSEP) process, which opened up the proposal to public comments.

Go Daddy filed comments opposed to Telnic’s plan. The registrar argued that the change was not a new “registry service” and was a “fundamental change” to .tel’s charter.

Go Daddy said that this change was unfair to another applicant that tried to get .tel, and thus the contract should be rebidded:

We believe that this request cannot be granted without requiring the rebidding of the .tel sTLD itself. It is unfair to other applicants and potential applicants to allow an sTLD to change its purpose after the
fact. Telnic’s promise not to allow numeric only second level registrations was a fundamental aspect of its application and, if we understand the decision correctly, a primary reason why .tel was awarded to Telnic and not Pulver (numeric only second level names were fundamental to Pulver’s application for .tel at the same time).

Although I’m not sure how much Go Daddy cared about .tel’s request (Go Daddy doesn’t offer .tel domain names), it appeared to be raising a red flag about other registries changing their plans:

We believe that certain other recent requests under the guise of the RSEP by sTLDs were also likely inappropriate for similar reasons and we are concerned about what appears to be a growing trend to misuse the RSEP. We hope our comments will encourage Staff and Board to review these requests more critically in the future.

A look at end of year numbers for .tel and .asia.

With .tel recently going through its first annual renewal period, and Telnic’s official numbers for end-of-year 2009, I thought I’d compile some stats on the new top level domain.

While we’re at it, let’s examine the numbers for .asia as it enters its third year.

(Note MarkMonitor, which is a corporate brand management firm. It looks like it registered close to 7,000 domains — perhaps defensively — for its clients.)