After taking down one fraudulent site, financial firm goes after another.

Key Holdings took down one website, only for fraudsters to use another similar domain.

Financial services firm KeyState Holdings, LLC has filed a second lawsuit to take down a domain name that fraudsters are using to dupe people into sending money.

In July, the firm filed a lawsuit and requested a temporary restraining order (TRO) against KeyStateHoldings(.)com after a KeyState customer told it that it lost $231,000 through a fraud perpetrated on the site. The judge granted the TRO.

Now, KeyState has filed an in rem lawsuit (pdf) against the domain KeyState(.)holdings, which the company says is perpetrating a similar fraud. Similar to the first case, the fraudster copied the “real” KeyState’s physical address and Nevada IDs and included them on the fake website.

KeyState says a defrauded consumer contacted it on September 1, saying he had lost $1,000 through the fake site. Someone contacted this consumer via Telegram to get him to invest money and apparently pretended to be both KeyState and cryptocurrency company Coinbase. 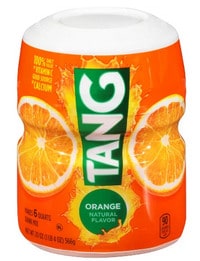 Tang.com is at the center of stolen domain dispute.

Victims of domain name theft frequently turn to Virginia courts to get their domain names back. It works like this:

This approach has helped return dozens of domains to their rightful owners. But U.S. Magistrate Judge Theresa Carroll Buchanan is questioning a recent case involving domains such as NNN.com and Tang.com.

She has asked the plaintiff’s attorneys several times to show that the plaintiff has common law rights in the terms. It appears Tang.com was a trigger because it’s a well-known trademark for a sugary drink that is owned by someone else. Could Tang.com actually be a case of cybersquatting by the plaintiff?

Here’s what she wrote in a recent order (pdf):

…the Court is especially concerned about the prospect of granting relief when Plaintiff’s only use for domain names such as tang.com, wtv.com, and nnn.com is domain monetization. Names such as “tang” arouse the Court’s suspicion that Plaintiff may be engaged in the type of activity that ACPA was intended to remedy.

While the plaintiff certainly appears to be a victim, he might have to take a different approach to recover the domain names. 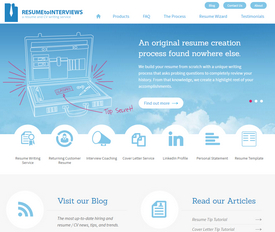 The buyer of this site is disappointed with the results after sales plunged.

Buying established websites on sites like Flippa or through a broker can be a great way to acquire a cashflow-generating business.

But it’s not without risk, and both buyers and sellers need to think about potential pitfalls.

Here’s an example: The buyer and seller of the resume writing site ResumeToInterviews.com are headed to court.

According to Ichabod Ice, there was one piece of content on the site it purchased that was copied from another site. It was forced to pay $500 to the copyright owner. But it also alleges that the site’s reputation was harmed when the copyright issue came to light, and due to issues with the seller’s SomethingAwful.com account. END_OF_DOCUMENT_TOKEN_TO_BE_REPLACED

Brightwurks, Inc., which owns support service Help Scout, has filed an in rem lawsuit (pdf) against the domain names HelpScout.com and Help-Scout.com.

In 2009, Andy Eder of Germany registered the domain names.

In 2010, the plaintiff registered the domain name HelpScout.net and started building a business on it. He obviously chose the .net because the .com was taken.

In 2011, the plaintiff started using the term “Help Scout” in commerce and filed a trademark application that was registered in 2012.

So Brightwurks, Inc. did what any ill-minded company would do when it realized someone rightfully owned a domain name it wanted: it filed a UDRP.

The UDRP was dead on arrival because Eder registered the domain name before Brightwurks started using the Help Scout brand. Unless Eder is psychic, he didn’t register the domain name in bad faith.

Having lost the UDRP, Brightwurks decided to file an in rem lawsuit in Virginia against the domain names, claiming cybersquatting.

The suit does mention that it lost a UDRP for the name, but claims that the panel didn’t address the fact that Eder renewed the domain name in bad faith. This is the argument that if you own a domain name and someone else creates a brand around it, then the owner should for some reason relinquish the domain name rather than renew it.

Hopefully the judge will see through it, and hopefully Eder will defend his domain names.