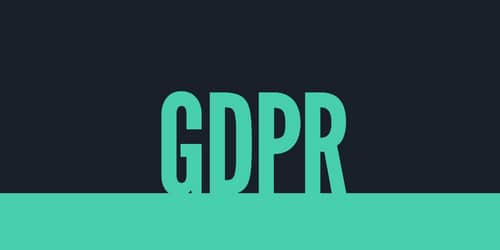 A model that might make domain investing easier under GDPR.

A lot of processes domain investors and marketplaces use have become challenging thanks to the European Unions General Data Protection Regulation (GDPR). Most of this has to do with registrars blocking access to information in Whois.

This makes it difficult for marketplaces to verify a domain was transfer. It makes it hard for brokers and buyers to do due diligence on domain ownership. And as a journalist, tracking down domain ownership is very tricky.

World Intellectual Property Organization (WIPO), which handles cybersquatting complaints under the Uniform Domain-Name Dispute Resolution Policy (UDRP), has also had to change its procedures because of GDPR. Many Complainants are filing blindly, not knowing who owns the domain name.

WIPO is working on a possible solution with some other industry participants. They will share what they’re thinking as it relates to domain investors in a webinar in conjunction with Internet Commerce Association on Wednesday, July 10.

Registration is free and currently open.

Many of Uniregistry’s clients are domain name investors who want their information disclosed in Whois and they will be able to opt-in to doing this.

Technically, ICANN requires all registrars to provide a way for their customers to opt-in to have their information published in Whois but few have enabled this capability.

For domains with masked Whois records, Uniregistry will provide a form for people to contact the domain owner.

Most (but not all) other big domain name registrars began masking Whois data carte blanche after GDPR went into effect in May even though the law doesn’t cover non-EU citizen/resident data.

GDPR walloped the domain industry in 2018. 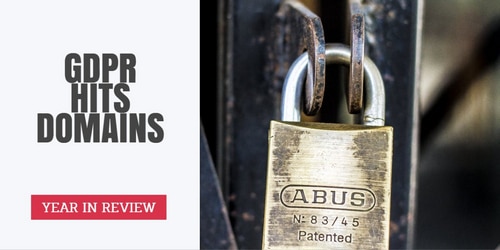 [Editor’s note: this is the first in a series of articles covering the top stories of 2018. Many of the top posts this year are related, so I combined them into the top themes of the year.]

The top story of the year in the domain name business was GDPR. That’s short for General Data Protection Regulation, a new European Union law that took effect in May.

GDPR deals with privacy and data handling. Its most visible impact on the domain name industry is Whois. The law doesn’t directly address Whois information but many parties have interpreted it to mean that registrars and registries should not display personal information about domain name owners such as their name, address and phone number.

ICANN passed a temporary specification that allowed registrars to mask Whois information. Many registrars have taken this to the extreme, blocking all information from Whois other than dates and nameservers. No name. No email. No location.

Most registrars are still collecting this data. EPAG, a Tucows registrar, informed ICANN that it planned to stop collecting some information such as the non-registrant contacts (e.g. technical contacts). ICANN sued in German court to get an injunction but the courts denied its claims. The lawsuit wan’t particularly adversarial; while both parties think they’re right, what they really want is clarity on how GDPR will be interpreted.

GDPR applies to companies outside the EU but not to the personal information of non-EU citizens and residents, nor to businesses. Even though it doesn’t protect an American citizen in Texas, many registrars have treated all Whois records the same.

That’s not the case with the biggest registrar, however. GoDaddy (NYSE: GDDY) still displays information for non-EU customers. It only displays it on web-based Whois and not Port 43, which is a method of bulk and automated Whois lookups.

There are many practical implications of Whois going dark for many domains. For example, the old method of transferring a domain required the winning registrar to send an email to the domain registrant listed in Whois. That’s impossible when that information is obscured so a workaround was created.

It has also caused problems in the aftermarket. Marketplaces have implemented various procedures to verify domain ownership. Escrow companies have had to wait for confirmation that a domain is transferred. Buyers have less visibility into a domain’s chain of ownership. And UDRP providers have modified their workflow to account for Complainants filing cases against unknown parties. (Information in Whois is sometimes used to prove/disprove rights or legitimate interests in domains.)

There’s a big battle going on now to determine the future of Whois. Will Whois data slim down? Can certain parties get access to non-public data? Stay tuned.

It’s been about 6 months since the European Unions General Data Protection Regulation (GDPR) went into effect and many registrars obscured Whois records as a result. Here are some of the practical implications this has had for me personally as someone covering the domain business for DNW and as a domain investor.

I’ve had several instances this year when I needed to verify who owned a domain name for a transaction and had difficulty doing so. In one case, a friend was buying a domain and wanted to verify that the person who previously owned it still did before doing the transaction. The registrar had masked Whois. I was able to find a recent public record showing the owner.

In another case, someone wanted to buy a domain and was at an impasse because the Whois record was masked and the domain didn’t resolve. There were no public Whois records so the potential transaction died.

Finally, I helped a friend who was trying to track down a domain owner. There was an active site but the owner didn’t identify himself on the site. There were some old Whois records but the most recent ones had info for a disconnected phone number and an email that bounced. Finally, by going further back in historical Whois records I was able to find a name and track the person down using other databases.

While historical Whois records from services like DomainTools help in some cases, the value of these records is degrading every day as new masked records are added.

There are good reasons people reach out to me using Whois (want to buy a domain) and bad reasons (spam).

Fortunately, GoDaddy still displays contact info via web-based Whois. This has helped facilitate transactions this year. Most of my domains are at GoDaddy but it’s possible I’ve missed inquiries on domains at other registrars.

It’s a lot harder to find end user sales to report in my weekly end user reports. I can only find a handful each week based on Whois records so I have to dig deeper and hope that sites are already being developed. This means fewer names on the list.