A look at the top five stories on Domain Name Wire last month.

These were the top stories on Domain Name Wire last month, ranked by pageviews:

1. GoDaddy to remove locks on Brent Oxley’s domains, changes policy – The registrar changed its policy for locking domains that are subject to a legal dispute after an outcry from the domain name industry.

2. Domain investing is changing. It’s time to adapt your strategy – What worked before might not work in the future. Here’s what’s changing and how to adapt.

4. Anyone can start a club on Clubhouse now. What does this mean for .Club? – More clubs might use .club domains for off-app interactions with fans.

Miss a podcast? Catch up today:

A new feature could improve the interplay between Clubhouse and .club domains.

Anyone can start a club on Clubhouse now. (And yes, you have a fat cat.)

It’s been quite a ride for .Club this year thanks to the popular Clubhouse app. Some people are buying .club domains to use in conjunction with the app, and many more are registering .club domains with the hope that the app’s popularity will increase the value of .club domains.

We can debate whether the app’s popularity will make .club domains more valuable and what the intentions are of people pushing this idea. Certainly, a lot of people bought domains they’ll drop in a year. But there is some potential interplay between the app and the domains.

The problem, until the latest app update that most people got today, is that most users couldn’t create a club on Clubhouse. They could create a room, but not a club. The latest update lets anyone create a club.

I believe this improves the interplay between using Clubhouse and owning a .club domain. A club owner can refer people to a matching .club domain to sign up for updates and be notified of upcoming events. Or create some sort of connection with club members off of the app.

The Clubhouse app doesn’t have much connection to the web right now. But if Clubhouse lets people link from a website to a club or creates some other connection, it could be valuable to have a matching .club domain.

Some companies register domains to point to their Facebook or Instagram pages, although it’s still uncommon. Yet most of those services started for the web, not apps. And there isn’t a top level domain for other social networks quite as good  as .club is for Clubhouse.

This doesn’t mean that all .club domains are worth something now, nor does it mean you should plunk down thousands of dollars for a .club domain. But it certainly gives some momentum to the top level domain.

Here’s a list of the tools we discussed in Clubhouse on Friday.

I hosted three events on Clubhouse last week. It was fun to interact with familiar faces and new people I haven’t connected with before. (If you’re new to Clubhouse, please follow me @andrewall.)

On Friday, Shane Cultra and Adam Strong joined me for “10+ tools for domain name investors.”  It was packed with great domain investing tips. A few people in the room asked if we could provide links to the tools, and I promised to follow up with a blog post.

Below are the tools we mentioned in our Clubhouse room on Friday. The tools themselves are great, but I’m not going to divulge a couple of the other great tips from the room in this post. Next time, you’ll just have to be there 🙂

DotDB – find out which TLDs a domain is registered in

Archive.org Wayback Machine – See how a domain was previously used and find contact details for the owner

Hal Yaffe has organized two auctions on Clubhouse that have totaled nearly $40,000 in sales. 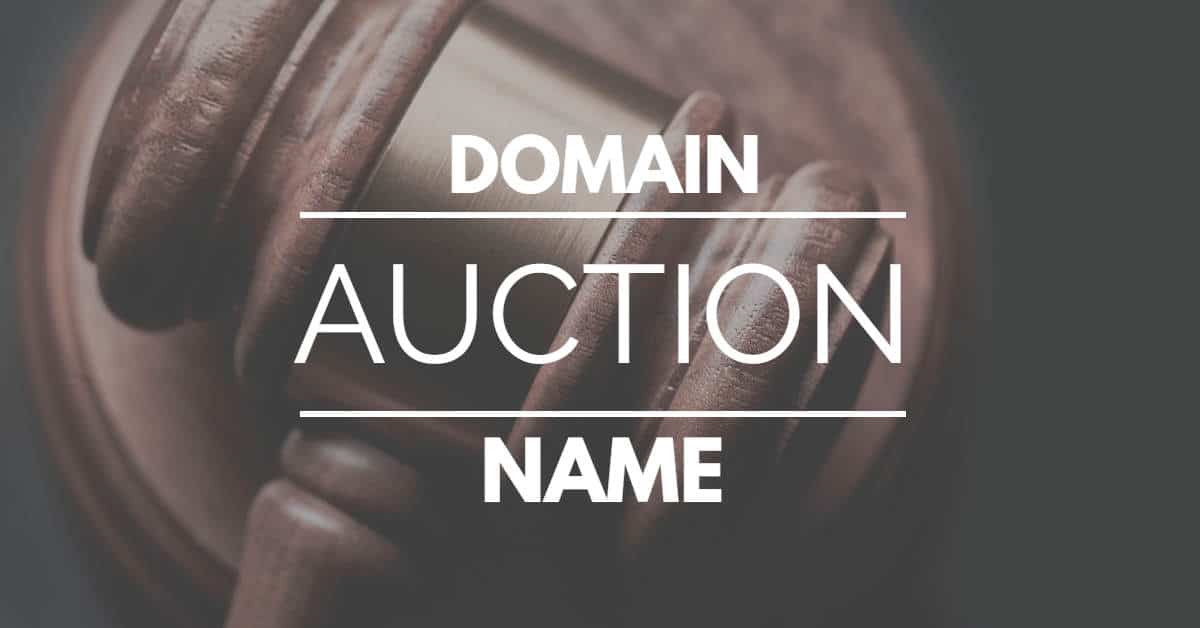 It started small and organically. Domain name investor Hal Yaffe opened a room Tuesday on Clubhouse to auction domain names. People started showing up. Before you knew it, they were throwing their names up for auction. Bidders were buying. Over the next eight hours, over 600 people came to the room and over $20,000 of domains were auctioned off.

Not bad for a first run. Not bad at all.

It happened again last night. Yaffe, with the help of Bruce Breger, held another eight-hour auction with a similar audience. Around $40,000 in sales went under the hammer between the two auctions.

Yaffe, who goes by the moniker HalYes, is taking his learnings from the first two auctions and working on tweaks for future auctions.

For now, a domain is presented to the room with a starting bid. If someone agrees to the starting bid, then the seller is allowed to come on stage to pitch the domain. Then the bidding continues.

Both new and veteran domain name investors have bought and sold domains in the auctions so far. It seems like a fantastic way for newer domain investors to see if they’re on the right track. If they put one of their domains up for auction for a couple of hundred dollars and nobody bites, that’s a great valuation check. If it sells, it’s validation that they’re on to something.

The goal is to hold auctions on Tuesday, Thursday, and Sunday each week. With the Super Bowl this Sunday, the next auction will be Tuesday at 4 PM CST. Sellers can add their domains to the auction by emailing chdomainauction@gmail.com.

It’s a fun idea and worth checking out.

By the way, if you’re on Clubhouse this afternoon, come join me, Adam Strong and Shane Cultra at 2:30 PST / 5:30 EST as we talk about 10+ tools we use for domain investing. 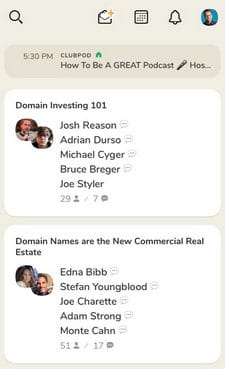 Didn’t get enough domain talk last week at Clubhouse and on NamesCon?

Join my room Domain Name Wire live at 2 PM PST / 5 PM EST today (Monday, February 1) on Clubhouse. Shane Cultra of DSAD.com will join me to answer your domain name questions, and we might have another special guest or two.

Best practices for landing pages? How we’re using domain sales platforms? Questions about domain tools? Or want opinions on your domains? Well, the opinions are what you pay for them, but we hope you’ll come prepared with your questions.

If you have a question about a particular platform I might pull up a representative of that company to answer your question if they are in the room. Feel free to also ask questions in advance in this post.

I plan to tightly moderate this so it’s not a free-for-all, but we’ll figure this out as we go.