A woman inherited a domain name from her father. Then a large tech company came calling. 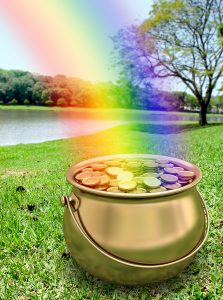 When George Fanno died just after Christmas in 2020, he left everything to his daughter and sole heir, Monica Sherman. Like many estates, Sherman inherited money and other traditional types of property. But there was something else in the estate that could have easily been overlooked — a domain name.

“It was a little pot of gold that I didn’t even know about,” Sherman told me when reflecting on it.

Fanno had been into computers since 1965, and he registered his surname Fanno.com a couple of decades ago.

After he died, one of his employees told Sherman about the domain name. It was something Sherman could have overlooked while grieving, but the employee urged her to keep the domain updated and continue renewing the domain.

Early this year, a broker with Chinese domain brokerage Guta reached out and offered her $10,000 for the name. It piqued her interest, but she didn’t act on it. A couple of months later, the broker upped the offer.

At this point, Sherman decided to ask her connections for help. “I didn’t really understand the value of it,” she said.

So she reached out to Cyntia King of Modern IP, an intellectual property brokerage and consulting firm.

With King’s help, Sherman negotiated a deal with the buyer and completed the transaction. She declined to reveal the sale price.

Whois shows the buyer is Perceiver Pte Ltd, which is the developer of the Fanno app.

Sherman has some advice for anyone who inherits a domain name.

Wise advice from someone who discovered she inherited a little pot of gold from her father.