On Point hosts discussion about .org sale to Ethos Capital. 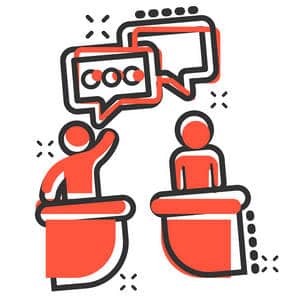 They didn’t really break new ground, but the point was to try to express their views to the general public.

Sullivan and Abussita-Ouri kept repeating the fallacy that PIR isn’t able to invest in .org because it has to give all of its profits to ISOC. (It could just raise prices a dollar or two and have plenty to invest.)

Abussita-Ouri also kept repeating that Ethos wouldn’t raise prices more than 10% per year, which she defined as the previous norm. That’s not quite true. While the old contract allowed price increases of up to 10% per year, Public Interest Registry rarely took advantage of this. So while it’s true that, assuming it sticks to its word, this could have happened under the old contract, it’s not “the historical practice.”

Dyson repeated the idea that the .org registry’s operations are being subsidized, and as a for-profit it would cost a lot more to run .org.  I think this is based on a Packet Clearing House analysis which doesn’t make much sense. When Public Interest Registry put the technical contract out for bid, it cut its cost nearly in half. And I can guarantee you Afilias wasn’t the low bidder. In fact, I suspect Ethos Capital’s financial plan includes a reduction in technical registry costs.

There was also that unfortunate point at which Dyson compared selling .org to slavery. Hey, live radio is hard.

Chakrabarti also pushed back hard on the idea that it was just a coincidence that Ethos struck this deal immediately after the price cap on .org was removed.