MyICANN was critical to following everything happening at ICANN, but it hasn’t been available for a year. 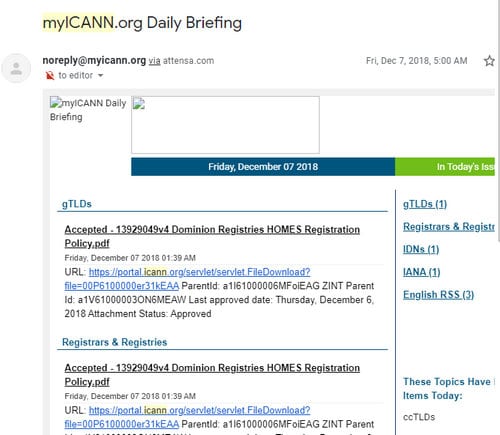 MyICANN, a key component of transparency at ICANN, has been gone for a year.

One of the best things that former ICANN CEO Fadi Chehadé oversaw while he led the organization was myICANN.

MyICANN gave a drastic boost to transparency at ICANN by doing a simple thing: notifying you when something was added to ICANN.org.

It sounds simple and it is. But it surfaced critical information on ICANN.org rather than burying it somewhere deep on the hopelessly complex website. Even if it was published on a Saturday.

Unfortunately, the service was shut down at the end of 2018.

It’s quite difficult to find this information now. Some information is syndicated through ICANN’s RSS feed, but not all of it.