Resort’s owner doesn’t withdraw case after it’s clear that it will lose. 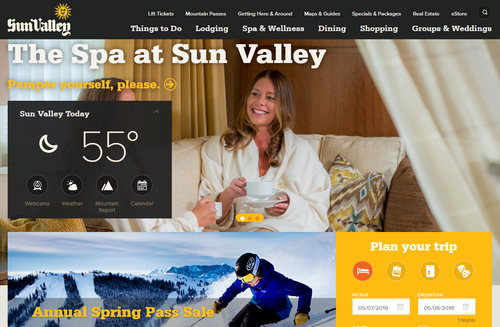 Not an accounting technology company.

Let’s say you’re the lawyer for an oil company that also owns ski resorts. One of those ski resorts is called Sun Valley.

You notice that someone registers the domain name SumValley.com (with an ‘m’ rather than an ‘n’). This might pop up on your radar as potential typosquatting. You visit the website and see that there’s a Wix placeholder on the domain name.

Now, you recognize that typosquatters don’t usually pay Wix to host a website. But you’re still concerned so you file a cybersquatting claim under UDRP with National Arbitration Forum.

The domain owner responds. It’s a husband and wife in Texas who have never skied. It turns out they are setting up an accounting/fintech business. They thought Sum Valley was a neat play on accounting and Silicon Valley. They registered the business with the Texas Secretary of State, got a federal tax ID from the IRS, opened a bank account and started invoicing customers.

At this point you drop the dispute, right?

Not Sinclair Finance Company, the arm behind oil company Sinclair that also manages its investments like Sun Valley ski resort in Idaho.

In fact, you double down by questioning why there’s no active website on the domain and say that it is reasonable to infer that the Texas couple registered the domain name with an ulterior motive, such as to disrupt Complainant’s ski business.

Sinclair obviously lost the case. If you can excuse it for filing the case, you can still question why it didn’t withdraw the dispute when it received additional facts.