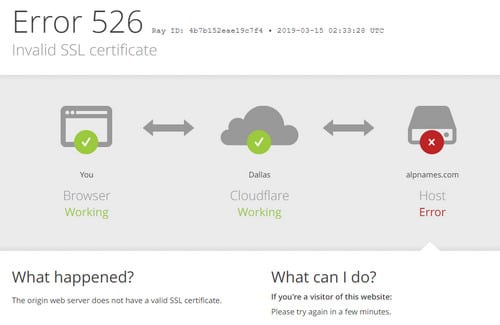 This is all that’s left of Alpnames.

I received an email from a customer about a week ago complaining about not being able to log in to his account. Kevin Murphy at DomainIncite has done a good job tracking the situation at Alpnames.

The termination will be a good test of the mechanisms ICANN put in place after RegisterFly was shuttered many years ago. Yes, other registrars have been terminated, but Alpnames is fairly large in terms of domains under management. It is the ninth-largest registrar for new top level domain names. At one point it had some common ownership with Famous Four Media, which offered its domains at cut-rate prices.

It was also shut down without warning.

Just last year in February, the company put out a press release stating that “Iain Roache has increased his ownership of AlpNames a leading domain registrar and web hosting company by acquiring a further 20% of the Company’s share capital for a consideration (including combined costs) of £3.9 million with a view to growing the business into a Tier 1 registrar.”

That didn’t work out.

The demise of Alpnames is another reminder to choose a domain name registrar you trust to be in it for the long haul.