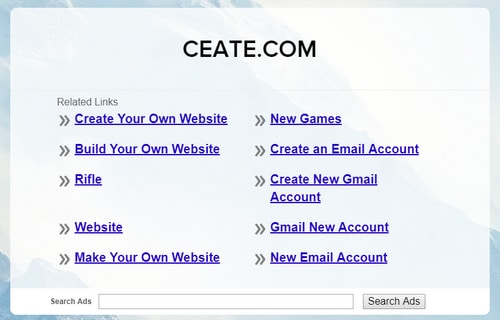 The only way to get ads for tires on this page is to enter a tire search term.

The company owns the domain CEAT.com, which it won in a 2011 UDRP filing. There was one dissenting panelist in that case, Neil Anthony Brown. Brown was one of the panelists in the case for CEATE.com as well.

According to the World Intellectual Property Organization decision, CEAT manufactured evidence suggesting that the parked domain at CEATE.com showed ads for tires. It did this by entering “ceat tyre company” in the search box on the parked domain.

The three-person panel found that “Complainant’s screenshots showing use the disputed domain name in connection with the Complainant’s trademark submitted as Annex 2 to the Complaint have been clearly fabricated in an attempt to create evidence of the Respondent’s bad faith.”

It found that CEAT engaged in reverse domain name hijacking.