Defendants are due in Los Angeles courtroom on June 29 for arraignment. 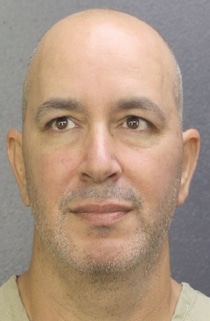 Sahar Sarid’s mugshot after being arrested in Florida. He faces arraignment in California later this month.

The defendants in a criminal case against Mugshots.com’s owners face arraignment on June 29, according to the Superior Court of California website.

Domain investor Sahar Sarid is among the four people named in the complaint. He faced extradition to California to face the charges brought by the Attorney General there. The extradition hearing in Florida was dropped, apparently after Sarid turned himself in in California.

Sarid faces 51 counts including extortion, money laundering, and identity theft. The Attorney General alleges that he and the other defendants extorted people by charging them to have their mugshot and arrest records removed from the website in violation of the law.