In case you missed it, the first NameSummit conference was held this week in New York City. Smack dab in the middle of Manhattan, actually, a few blocks from Central Park, Broadway, and across the street from the MOMA (Museum of Modern Art). All sorts of local NYC professionals dropped by. And more than a few domain industry regulars flew in, myself included.

Unlike a typical domain conference, NameSummit wasn’t all about domains. Instead marketers, entrepreneurs, agencies, developers, investors, domain companies, and domainers mingled to share ideas about branding and digital marketing. Some topics were decidedly different from what you might be used to. Here’s a quick summary. 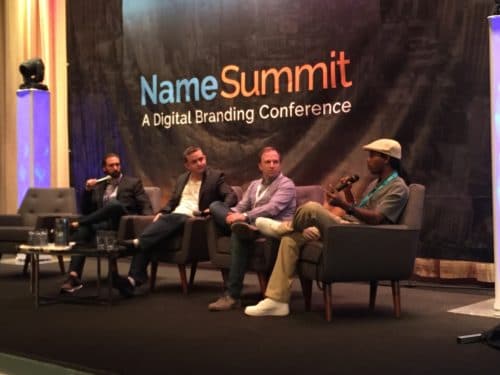 Brett Napoli described an ongoing “land grab for attention” like the land grab for domains. Every company, he emphasized, is a media company. “Document don’t create” is a mantra online publishers know by heart, and he recommends this approach because it’s faster and often more genuine.

“If someone enters your store and shouts ‘Camera’, what do they mean? Buy one? Sell one? Blend one?” That’s how Mike Grehan (of SEMPO and Acronym.com) introduced the topic of search intent. He described a change in user behavior. When we don’t find something right away, we’re most likely to enter a new search query. Hence (another mantra): “The best place to hide a dead body is on the 2nd page of Google.” Because machine learning can predict intent based on query chains of consecutive searches, not only has search become better; ranking factors have changed. Whereas in the past keywords and links were the most important criteria, now it’s user interaction.

Roberto Blake talked about his experience as a Youtuber and the methodical way he built his following through 1000+ educational videos. His advice: “Become the answer for the person starting at zero … who isn’t looking for you. Make it non-overwhelming.” Marc Engelsman, SEMPO’s VP of Research, pointed out that the world’s 2nd largest search engine, Youtube, may overtake Google by the end of the year. At the same time, he sometimes sees better performance for advertisers in Bing.

Power litigator Lisa Bloom spoke about personal branding. She is best known for high-profile civil rights cases against powerful celebrities or institutions including Bill Cosby, Bill O’Reilly, the LAPD, and the Catholic Church. She had more to say about these causes than herself, which is really the point. No brand is stronger than principles or more consistent than character.

Google’s Agency Development Manager, Timothy Jordan, stated that more people have mobile phones than have access to clean water or home electricity. Mobile search has been #1 for a couple of years already. Obviously, that will have a tremendous effect on digital marketing.

Influencer marketing is a hot trend these days. At least 2 companies that focus on social media influencers attended NameSummit. Although this form of advertising is probably undervalued, it does have pitfalls for the inexperienced. David Zaretsky, CEO of Sni.ps, says engagement is 0.1% on average. Celebrities all have 50-60% fake followers due to the prevalence of bots – something we’ve heard a lot about since the 2016 U.S. election. However, small influencers have better engagement and fewer bots.

Jeff Sass from .CLUB has a knack for titles. “Naming Your Startup? Stop Drpping Vwls & Making Sh*t Up!” was the name of his presentation, which he began by lobbing socks (courtesy of ManBrands.club) into the audience. Jeff mentioned Flickr and Twittr and scoffed at the ambiguity of Sayfe and Saife. Meanwhile, he pointed to examples of Not-.COM usage, including TA.CO, PowerRangers.movie, ViolaDavis.club, and more. For his own book, “Everything I Learned about Marketing I Learned from the Toxic Avenger”, Jeff uses an nTLD shortcut: ToxicAvenger.Marketing. The man practices what he preaches.

No domain event in NYC would be complete without a discussion of .NYC. In a panel discussion, Lori Anne Wardi (VP of Neustar and manager of the .NYC registry) was joined on stage by John Colasione (CEO of LongIsland.com) and Art Malkov (a domain investor and marketer who runs Souvenirs.nyc and Silicon.nyc). City nTLDS are likely to drive change when it comes to online habits – particularly in large, trend-setting locales. Especially given the extent of city government participation in .NYC.

Rob Monster (CEO of DigitalTown and Epik) was the final speaker of the day. He explained how large companies like Google, Expedia, OpenTable, Uber, and AirBNB – convenient as they may be – are extracting money from local economies through commissions of 40% or higher. In contrast, DigitalTown hopes to reverse some of that consolidation and put the power of the web in local hands by making each city its own Google, its own OpenTable, its own AirBNB. While on stage, Rob created a local store, added a product, and had it instantly ranking in search results. Rob also hinted at a blockchain-based Smart Wallet. By putting together partnerships with .LONDON, .BOSTON, .SHOP, .LAW, .FASHION, and numerous other TLDs, including 22,000 .CITY domains, and collaborating with local Chambers of Commerce, city governments, and professional associations, DigitalTown is building an ambitious platform to put thousands of nTLD domains to work. 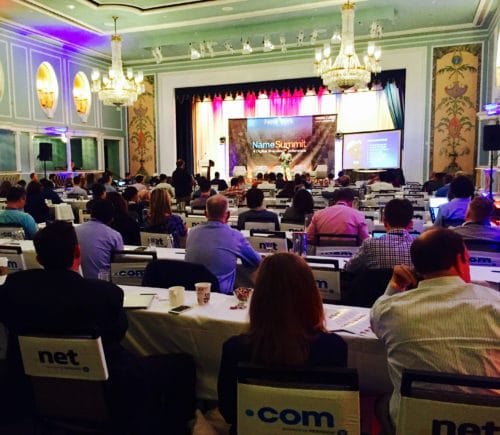 The day began with Tobias Flaitz (CEO of Sedo), who explained the evolution of the domain market. China remains the fastest growing sector, followed by India at #2, though the USA remains largest overall.

A couple of star millennials spoke on influencer branding: Greg Yuna (a.k.a. “Mr. Flawless”) and Gerard Adams who sold “Elite Daily” to the “Daily Mail” for $50 million. Gerard now runs the FOWNDERS incubator, which helps young entrepreneurs get started.

There was a panel discussion on Blockchain.

The last panel discussion at NameSummit was all about choosing and buying a domain name. Panelists included Dave Evanson (Sedo), Amanda Waltz (BrandIT), Isaac Mistriel, Larry Fischer, and myself (now at Epik).

Good news: Rumor is NameSummit will be returning in 2018. 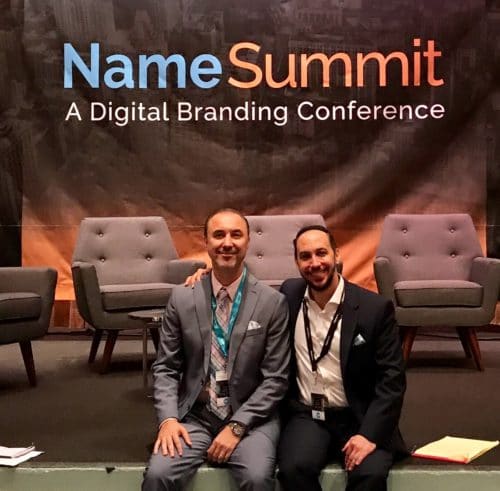