Type in the domain name VisitFaroeIslands.com and you’ll see an image of undisturbed beauty. It’s a picturesque sales pitch for the 18 islands that make up the Faroe Islands in the North Atlantic. 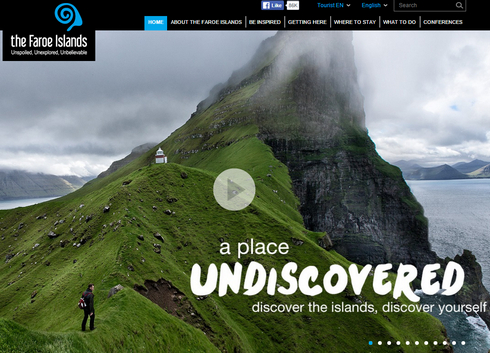 Slip a “The” in the domain name, making it VisitTHEFaroeIslands.com, and you’re met with a much less pleasant picture: 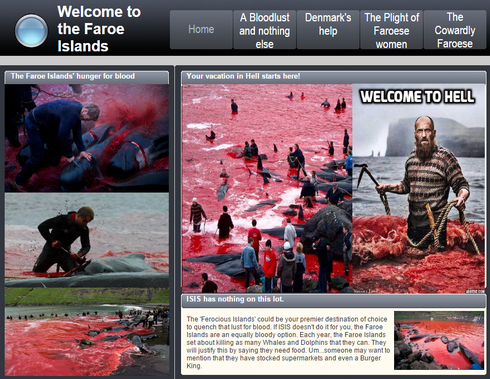 The second site was created by a South African Save the Whales group to shed light on the activities of the islands and their killing of whales. It states:

Welcome to the Faroe Islands Home A Bloodlust and nothing else Denmark’s help The Plight of Faroese women The Cowardly Faroese The Faroe Islands’ hunger for blood Your vacation in Hell starts here! ISIS has nothing on this lot. The ‘Ferocious Islands’ could be your premier destination of choice to quench that lust for blood. If ISIS doesn’t do it for you, the Faroe Islands are an equally bloody option. Each year, the Faroe Islands set about killing as many Whales and Dolphins that they can. They will justify this by saying they need food. Um…someone may want to mention that they have stocked supermarkets and even a Burger King.

Naturally, the tourism board behind the first site don’t want potential visitors to stumble on the site showing islanders walking through pools of whale blood.

So they filed a cybersquatting complaint against Save the Whales, arguing that the domain infringes on its mark “VISITFAROEISLANDS”.

In the dispute, the complainant acknowledges the issue of free speech but argues this site goes too far:

The World Intellectual Property Organization panel determined that Save The Whales was indeed making a legitimate non-commercial use of the domain name. The tourism group will have to try a different approach if it wants to get the site removed.