…as the company wastes money with a reactive approach to intellectual property management. 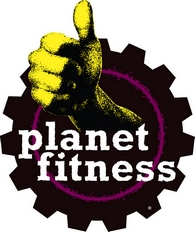 Planet Fitness, a chain of over 800 fitness clubs in the United States, has been found guilty of reverse domain name hijacking for its attempt to get the domain name judgmentfree.com.

This is despite the domain name owner not even responding to the dispute.

Planet Fitness uses the slogan “Judgement Free Zone” for its gyms. I assume that means you won’t be judged for being out of shape there.

The domain name at issue is JudgmentFree.com without the ‘e’ in Judgement. Planet Fitness apparently has trademarks for both spellings of the term, which is odd since that would require they use both spellings in their marketing.

Planet Fitness failed to show that the domain name was registered in bad faith, and panelist David E. Sorkin noted that its own submitted evidence contradicts the allegations it makes in the case.

…the inferences upon which Complainant’s case rests are unsupported by the evidence, and Complainant’s assertion regarding the website to which the disputed domain name resolves are belied by its own evidence. Complainant and its counsel are experienced participants in the UDRP process, and each independently should have recognized that Complainant’s claim was groundless.

The complainant and its counsel have indeed filed many UDRP cases. Planet Fitness was represented by Teresa C. Tucker of Grossman, Tucker, Perreault & Pfleger PLLC. A search on UDRPSearch.com shows her involvement with 45 cases, primarily on behalf of Planet Fitness and Starwood Hotels. Interestingly, one of her previous losses is for PlatnetFitness.com, a domain name the company now owns.

JudgmentFree.com was just registered in April. That, combined with the fact that Planet Fitness hasn’t purchased JudgEmentFree.com (which is available for just $2,295, less than the total cost for a UDRP), suggests that the company is taking a reactive (and more costly) approach to managing its intellectual property.