Marketing programs help .com get top billing, but other registrars can play this game too.

New top level domain names represent a growth opportunity for domain name registrars, many of which have seen domain registrations plateauing over the past year.

Over the past week or two I’ve noticed something interesting, though. Verisign’s .com and .net domains have been pushed heavily on registrar websites, often usurping promotions for new TLDs.

Consider 1&1, which has gone all in on new TLDs: 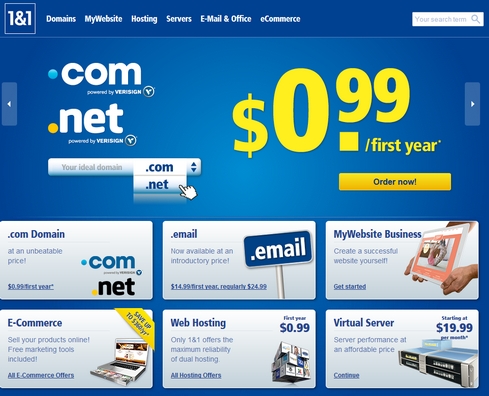 99 cents .com and .net domains are front and center. There’s a promotion for .email, but there’s no longer a general promotion for new TLD pre-registrations anywhere near the top of the page (not even on the slider). 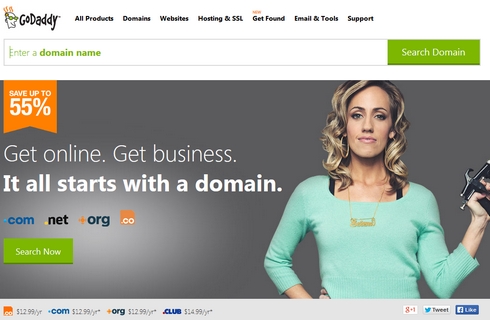 This sort of promotion isn’t free.

Sure, .com is typically going to be featured high up on a registrar page. But Verisign also kicks in bonuses for registrars to market .com domain names.

This is nothing new — it’s been going on for years prior to the launch of new TLDs, and it’s not limited to Verisign. Yet it sure seems like Verisign’s placement is improving lately.

A common program will offer rebates to registrars if they grow their .com/.net registration numbers. They can also earn marketing dollars for marketing campaigns targeting new and existing customers, which is what a lot of the on-site promotion is about.

Registrars get additional bonuses if they include “Powered by Verisign” when they show .com and .net (notice the inclusion on the 1&1 home page). At least one of the marketing programs requires .com and .net to be within the top three in the search results or drop down box, at least for people visiting the site from the campaign Verisign is backing.

Verisign will also chip in to broader marketing initiatives. That’s why I saw this ad during a Major League Baseball broadcast last year:

Whereas before that ad would have just said GoDaddy.com, this time the .Com is separated and includes a “Powered by Verisign” logo.

Verisign’s fat wallet and the popularity of its TLDs give it a leg up on getting its domains pushed at registrars. But this sort of opportunity is open to all.

.Co has been heavily featured on GoDaddy.com for years, and famously appeared in three of GoDaddy’s Super Bowl commercials.

.Club apparently understands the value of this, too.

Registrars will promote whatever makes them the most money. These promotion rebates and marketing programs merely change the equation for what makes a registrar the most money.

This idea isn’t an invention of the domain industry. Registrars are retailers and retailers have long played this game. How do you think those Cheetos got selected for the end cap at the grocery store?