In addition to going first, the Arabic TLD needs registrars and technology to support it. 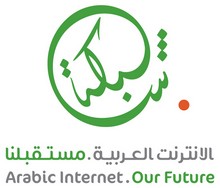 The first new top level domain names coming out of the gate are facing many challenges. Everything is a “first” and everyone is learning as they go.

It’s perhaps hardest for شبكة. (shabaka), which faces many more hurdles than the others.

Not only was it the very first top level domain to sign a contract with ICANN and go through sunrise, but it’s also an IDN.IDN – the first gTLD of its kind. Oh, and it’s in Arabic, which adds even more complexity given the current state of internet naming and technology.

Indeed, dotShabaka (which roughly translates to “web” or “network” in English) is a pioneer. This comes with both immense challenge as well as opportunity.

Fresh out of landrush, the domain name now has about 1,200 registrations. It received fewer than 10 in sunrise, which should come as no surprise given that so few Arabic strings are in the Trademark Clearinghouse. It picked up another 250 domains in landrush.

Yasmin Omer, General Manager of dotShabaka Registry, told Domain Name Wire she was “quite happy” with the landrush result. It’s clear, however, that the number would have been higher if it weren’t for the challenges inherent in running an Arabic internationalized domain name.

Omer told me that 101domain.com is its top registrar to date. After a quick test of registrar options, this doesn’t surprise me.

eNom, which has signed a registry-registrar agreement with .shabaka, still can’t handle the script. Not only is it a new script, but it’s also right to left, adding to the complexity. The top level domain name is on the left, and the second level is on the right. Search for شبكة. on eNom and you’ll get a result like this:

GoDaddy signed on early, but hasn’t enabled the domain yet. The registrar tells me the domain is on its “short list” for implementation.

For most registrars, adding an Arabic gTLD will introduce complexities. This is slowing down the rollout. In fact, when the domain entered sunrise, there were literally no registrars offering registrations for the domain.

Note that we’re only talking about registrars with an English home page, too. Omer tells me there are no true ICANN-accredited domain name registrars in the Middle East focused on the local market.

There are a number of reasons for this, ranging from ICANN contractual requirements that are difficult to meet in the region to a dearth of Arabic language domain options to date. That’s part of the reason Omer spent time at the Middle East DNS Forum and ICANN’s Middle East Working Group Strategy meeting last week.

Due to the lack of local registrars, people wishing to register a domain name in Arabic are essentially forced to use an English language website. Users are confused when they go to buy a domain name and suddenly find themselves paying $100 for the domain. The domain doesn’t actually cost that much, but the customer ends up buying costly add-ons because they can’t understand the language of the checkout process.

Many software programs don’t recognize the domain names. E-mail is a particular challenge because it’s not just dependent on the sender and receiver. If any of the hops along the way don’t understand the domain name, message delivery will fail.

As a result, even dotShabaka has to have English on its business card for the email address.

As you can imagine, many people in the Middle East would prefer not to rely on an American company to decide which sites should come up first in the search results.

Some victories and some hope

It’s true that there are already some Arabic IDN ccTLDs available. Yet these have been operated by governments. A gTLD is an entirely different ball game as the incentives for the registry are different. As Omer points out, if her organization doesn’t convince people to register the domains and is unable to obtain universal acceptance, “my organization will fail.”

In other words, IDN gTLD applicants are going to invest. dotShabaka is getting ready to kick-off a multi-million dollar marketing campaign to build awareness.

It already has a fairly big win as Etisalat, the largest telecom operator in the Middle East and North Africa, has registered a domain and is hosting a site at the address.

Omer hopes that’s just the the first of many big names to jump on the bandwagon.