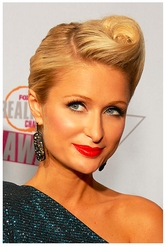 Socialite Paris Hilton has won a cybersquatting case she filed against the owner of a site that offered her sex tapes.

Hilton filed the case with World Intellectual Property Organization against the owner of parishiltonpornvideos.com last year. The decision was just handed down in her favor.

Unless the owner of the site files a lawsuit, that means the domain name will be transferred to Hilton within ten days of the decision. Until then, the site remains NSFW.

This isn’t the first time Paris Hilton has asked the World Intellectual Property Organization for help taking down domain names that use her name. However, it is the first to involve a site containing her sex tapes. Hilton and her management firm have filed 9 previous cases, and all have resulted in the domain names being transferred to her control.