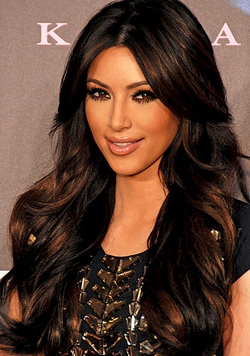 [Update: read about her keynote here.] Oversee.net announced this evening that Kim Kardashian will keynote next months’ Webfest conference in Santa Monica.

The first question on many domainers’ minds: what the heck does Kardashian have to do with the domain name industry?

Let’s take a step back.

Yes, there’s always some sort of connection. Stone talked about buying Twitter.com. Wozniak talked about some of the domains he bought and being asked to join the board of ICANN. But it was limited.

Second, this is now Webfest, not DOMAINfest. It’s about growing businesses on the web. And Kardashian has done a bang up job on social media.

How much of that social media skill is transferable to the typical Webfest attendee is debatable. I don’t think many of us look as good as she does.

So what if I’m not convinced that her appearance has anything to do with the conference other than star power? Kardashian will certainly bring it; I’m sure the room will be packed for her “keynote”.