Instra has partnered with Kim Dotcom to power the new Mega.

Last February I stumbled into the lobby of the Fairmont Santa Monica after a DomainFest party. It was about 3 in the morning and it had been a long night.

I ran into Tony Lentino, founder of domain name registrar Instra. We chatted for a few minutes and the conversation turned to Kim Dotcom and Megaupload, the file sharing service that was shut down by U.S. and New Zealand authorities a few months later.

Lentino is a personal friend of Megaupload founder Kim Dotcom. And he definitely has an opinion on the raid of Dotcom’s family home last year. He was miffed.

This weekend Kim DotCom will introduce the successor to MegaUpload.

The new service is simply called “Mega”. It’s still a file sharing service but with a twist: tou can only view files if you have a key provided by the uploader.

If you visit Kim Dotcom’s web site — which is quite literally Kim.com — you may notice a familiar logo: Instra Corporation. 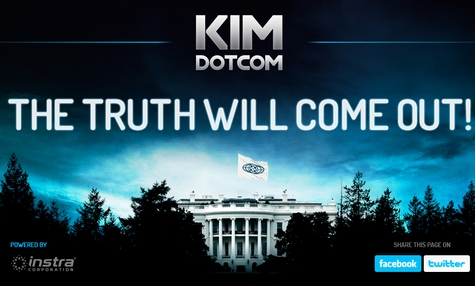 Lentino and Kim Dotcom have partnered to launch the new version of Mega. Instra Corporation, based in New Zealand and Australia, will provide technical and product support to Mega users.

It is also signing up resellers that will provide premium accounts to the service. These resellers will sell packages to people who need more than 50 GB of storage space. In addition to Instra, other resellers at launch include EuroDNS and DigiWeb.

CentralNic reports 2017 earnings, merger with KeyDrive still in the works