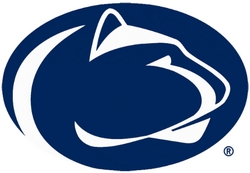 If you’re a PR firm releasing a very sensitive campaign for a client, you better make sure to register the appropriate domain names ahead of time

At least two publications wrote about the university’s “Faces of Penn State” campaign several days before the university or Edelman got around to registering related domain names.

Here are the domain names the company registered — but not until August 30.

It also registered the .net and .org versions of these names.