Every year Go Daddy spends millions of dollars on a holiday party for its employees at Chase Field in Phoenix.

This year it expanded with a road show in Iowa and Colorado, but the big show in the desert was as big as ever. The company gave over $1 million in cash prizes to its employees and entertained them with performances by Kid Rock, Dierks Bentley and Trace Adkins.

The pictures and video of the event are pretty phenomenal, including a huge “Mount Rushmore” statue of the GoDaddy Girls.

Here are some pictures from the event as well as video featuring Bob Parsons, Kid Rock, and more. 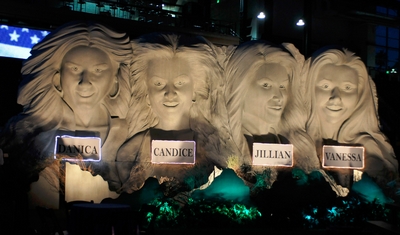 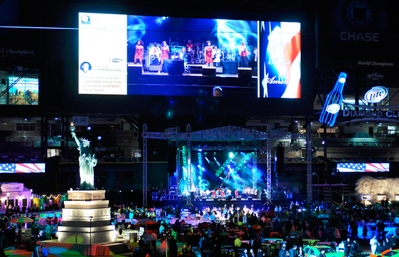 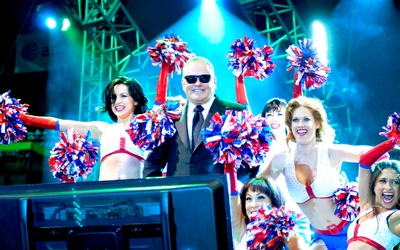