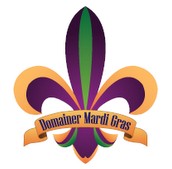 Building on the success (and fun) of its first year, Domainer Mardi Gras is making a return in 2010. The event will be held at the New Orleans Marriott February 11th – 13th, 2010. Fat Tuesday is February 16.

The event is now an independent event. Parked will be a headline sponsor.

Compared to last year, you’ll spot two key differences off the top: the hotel is closer to the action and the entire event is cheaper.

Although last year’s event at the Westin was in a good location, you can’t get much closer to the revelry than the Marriott on Canal Street.

Registration is now open at DomainerMardiGras.com.