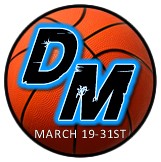 Shortly after last week’s Domain Madness auction in Las Vegas ended, the Domain Consultant team disappeared for several hours while the rest of us drank whiskey and bowled. Where did they go? Apparently they weren’t done selling names. They worked the remaining domain names and struck deals (none for less than the auction reserves). All told, they increased the total sales from 16 to 25 out of 48 over the past week. That’s a better than 50% sell-through rate.

Here are the final sales:

I originally reported Loco.com sold at $60,000, but the last bid was in error.

Domain Consultant used Thought Convergence’s Aftermarket.com platform for the auction. Other than minor video delays due to the hotel’s internet connection, the auction went off without a hitch.

Domain Consultant will announce the winner of the $1,000 Domain Madness contest later this month at the GeoDomain Expo in San Diego.